Girmay out of Giro after eye injury caused by prosecco cork 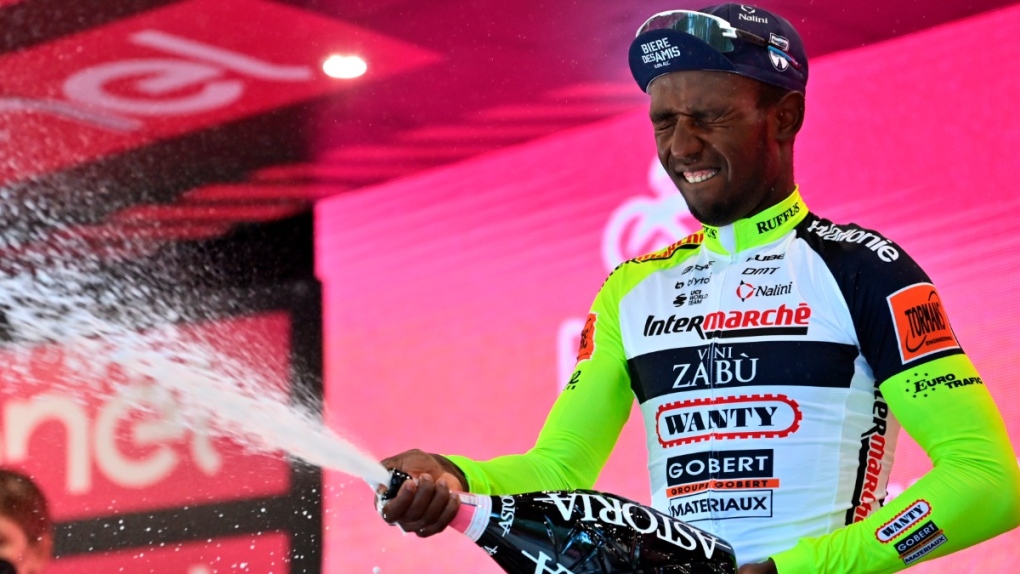 Biniam Girmay celebrates on the podium at the Giro D'Italia in Jesi, Italy, on May 17, 2022. (Massimo Paolone / LaPresse via AP)
JESI, Italy -

An accident with a prosecco cork while celebrating his historic stage victory at the Giro d'Italia forced Biniam Girmay to pull out of the race on Wednesday.

The Eritrean rider became the first Black African to win a stage at a grand tour when he beat Mathieu van der Poel in the sprint to the line in Jesi in the 10th stage on Tuesday. But he had to be taken to a local hospital after getting injured when he popped a prosecco cork into his eye during the podium celebration.

The 22-year-old Girmay celebrated with his Intermarche-Wanty-Gobert Materiaux teammates when he returned from the hospital.

"When I arrived after the hospital, the bad moment, I enjoy a bit with my teammates, the staff, everybody," Girmay said in a video on his team's social media channel. "I'm also happy now. I was a bit sad about what happened with the champagne but when I come back to the hotel they were super happy also.

"They were a bit afraid but when I looked OK we really enjoyed. But today luckily I didn't start the race because still my eyes, I need some rest to give more power to the eye. I'm OK now, see you soon."

In March, Girmay became the first rider from a sub-Saharan country to win a single-day classic at the Gent-Wevelgem race.