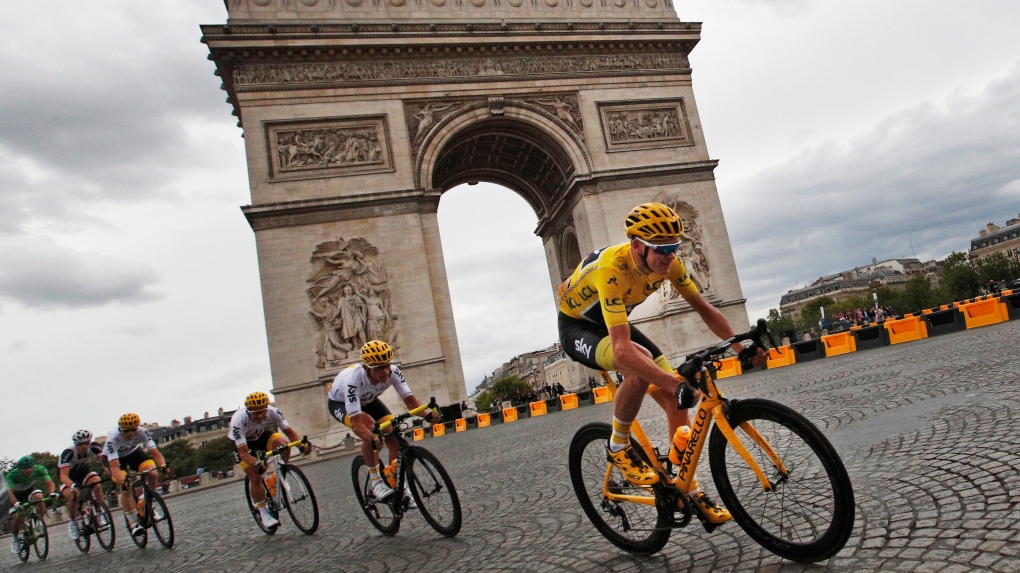 The British rider was being airlifted to a hospital, Brailsford said at the Criterium du Dauphine race in southeastern France.

Froome was practicing on the route of the 26-kilometre (16-mile) fourth stage of the eight-day Dauphine race, which would have been the 34-year-old rider's first time-trial test this season.

Brailsford said Froome was riding in gusty winds and seemed to lose control of his front wheel when trying to clear his nose.

Froome received treatment quickly from medical staff with a race ambulance that was near the scene of the crash, Brailsford said.

Seeking a fourth win in the key preparation race, Froome was eighth in the Dauphine standings, 24 seconds behind leader Dylan Teuns of Belgium. Froome won the Dauphine before his Tour wins in 2013, '15 and '16. He also won the 2017 Tour.

Team INEOS can confirm that Chris Froome crashed during a recon of stage four of the Criterium du Dauphine today.

He is currently on his way to a local hospital and won’t start today’s fourth stage.

We will provide a further update in due course. pic.twitter.com/3x3h5BD5cH