From attendance to transit, the Qatar World Cup by the numbers

From attendance to transit, the Qatar World Cup by the numbers 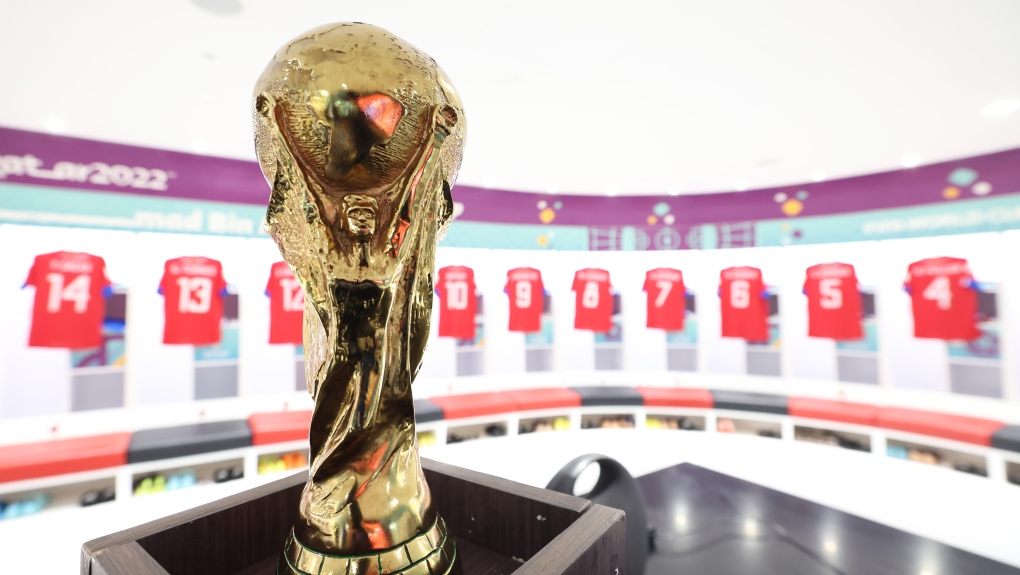 The FIFA World Cup Trophy is seen in the dressing room of Costa Rica prior to the FIFA World Cup Qatar 2022 Group E match between Japan and Costa Rica at Ahmad Bin Ali Stadium on Nov. 27, 2022 in Doha, Qatar. (Photo by Hector Vivas - FIFA/FIFA via Getty Images)
DOHA, QATAR -

The Qatar 2022 World Cup by the numbers, through the opening group stage of play:

Cumulative attendance of more than 2.45 million (96 percent) for the first 48 matches, compared to 2.17 million at the same stage of the 2018 tournament in Russia.

A crowd of 88,966 took in the Argentina-Mexico match at Lusail Stadium, the highest attendance at the tournament since the 1994 final.

For the first time ever, teams from all continents have advanced to the round of 16 -- including a record three teams from the Asian Football Confederation (Australia, Japan and South Korea).

The group stage saw 120 goals scored in 48 matches (2.5 average per match). Canada scored two goals in Group F play with the second, an own goal by Morocco defender Nayef Aguerd, the 100th goal of the tournament.

France's Stephanie Frappart became the first woman to officiate a men's World Cup match, part of the first all-female officiating trio (with Neuza Back and Karen Diaz Medina) at the tournament.

The 41,663 fans at the Uruguay-South Korea game at Education City Stadium recorded an "average high" level of 131 decibels in the spectator bowl.

In scoring against Ghana, Portugal's Cristiano Ronaldo became the first man to to score at five editions of the tournament. (Canada's Christine Sinclair and Brazil's Marta already achieved the feat at the Women's World Cup).

During the group stage, the Doha Metro and Lusail Tram networks recorded 9.19 million trips, with a daily average of 707,032 passengers.