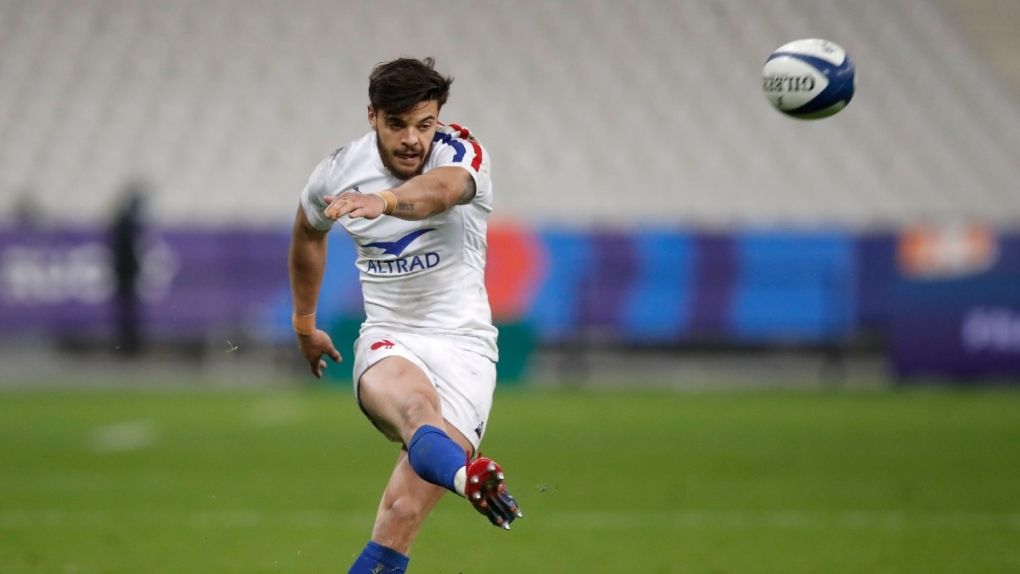 France's Romain Ntamack kicks a conversion during the Six Nations rugby union international match between France and Scotland at the Stade de France in Saint-Denis, near Paris, on March 26, 2021. (Christophe Ena / AP)

PARIS -- The French rugby federation is allowing transgender people to take part in all France's domestic competitions from next season in a move going against recommendations from World Rugby.

The French federation issued a statement saying its executive board unanimously voted in favor of the proposal from its Anti-Discrimination and Equal Treatment Commission.

In October last year, World Rugby recommended that transgender women should not play in women's elite or international teams for safety reasons, becoming one of the first major world sports to do so. But the governing body's guidelines were recommendations only and are not binding on national unions in their domestic competitions.

"Rugby is an inclusive, sharing sport, without distinction of sex, gender, origin or religion," said Serge Simon, the vice-president of the French rugby federation. "It is important to allow all our members to practice their passion while respecting everyone's rights."

With two years to go before the World Cup in France, the French federation said the vote sends a "benevolent and resolute signal that respect for minorities is an irrefutable right in our sport."

Under the new recommendations, the French federation said that transgender people "physically reassigned and recognized in their current gender" can play in all its official competitions. Those transitioning to their new sexual identity need to provide proof their civil record has changed.

Transgender people transitioning from male to female should also demonstrate that they have been undergoing hormonal treatment for at least 12 months.