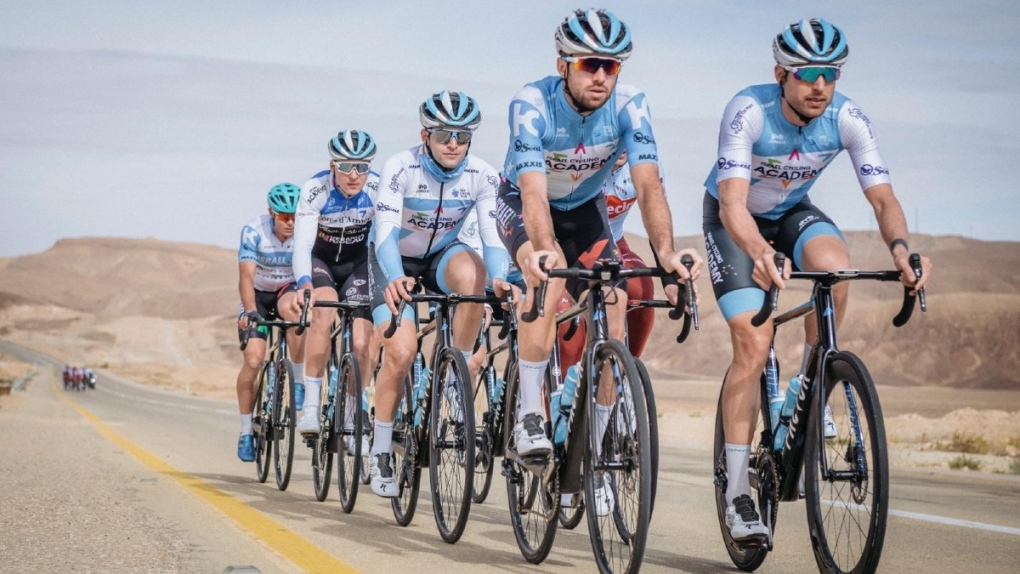 Guillaume Boivin has signed a two-year contract extension with the Israel Start-Up Nation cycling team, bringing the number of Canadians on the 32-rider squad to four.

The Israel Start-Up Nation roster, which features talent from 17 countries, is headed by British star Chris Froome and veteran German Andre Greipel. Froome and Woods, who comes from the EF Pro Cycling team, are two of nine newcomers in 2021.

Founded in 2014 as the Israel Cycling Academy, Team Israel Start-Up Nation is co-owned by Canadian-born Sylvan Adams, a former Canadian Masters cycling champion who emigrated to Israel in 2015.

Woods has ties to both Adams and team performance director Paulo Saldanha.

"Despite COVID-19, Israel Start-Up Nation had a good inaugural season in the WorldTour. We secured our first victories at this level -- including Grand Tour stages," Adams said in a statement.

"Our lineup for next year is significantly enhanced, yet it keeps the core group together. We plan to be extremely competitive in the biggest races Exciting times ahead."

The hope is to hold the pre-season training camp in January in Israel, as in past years.

"We see ourselves as ambassadors of Israel, and we feel confident that we can hold the camp and ensure the health and safety of our riders and staff," said team CEO Ido Shavit.

This report by The Canadian Press was first published Nov. 30, 2020