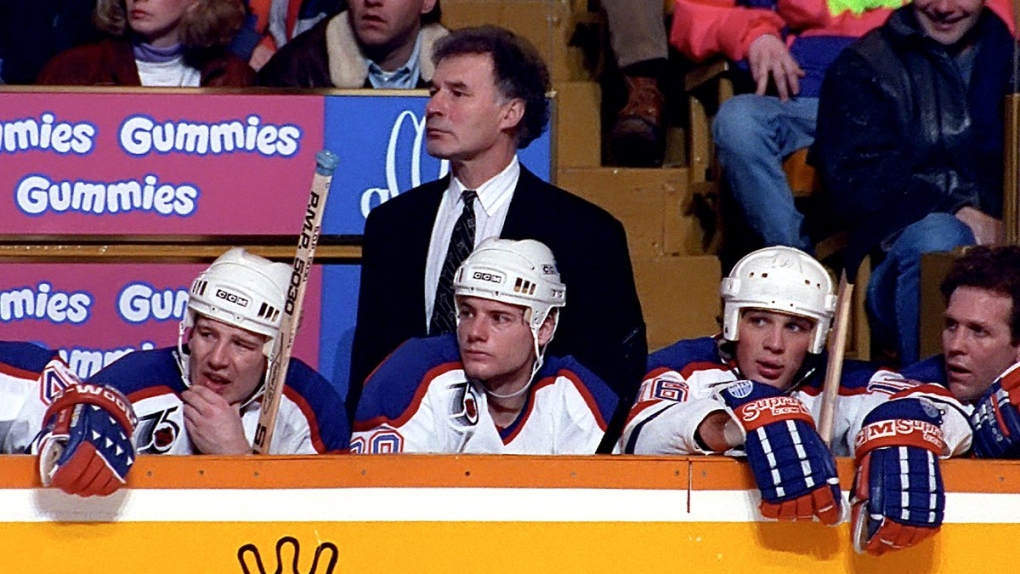 The Oilers announced Green's death on their Twitter account Saturday and a team spokesman said Green had died Tuesday.

Green, known as "Terrible Ted" through his playing days as a defenceman, appeared in 620 games in the NHL and 452 in the WHA with the New England Whalers and Winnipeg Jets.

He led the team to the conference finals in 1992, but Edmonton missed the playoffs the following year and Green was fired in 1993 after a 3-18-3 start to the season.

The New York Rangers held a moment of silence for Green Saturday before their afternoon game against the Oilers at Madison Square Garden.

This report by The Canadian Press was originally published Oct. 12, 2019.

Longtime @NHL d-man & #Oilers coach Ted Green has passed away at the age of 79. Coach Green was part of all five Cup teams & will be dearly missed. Our sincerest condolences go out to his family.

The Rangers honoured him pre-game today & we'll be doing the same on Wednesday. pic.twitter.com/01sA9eNjqO