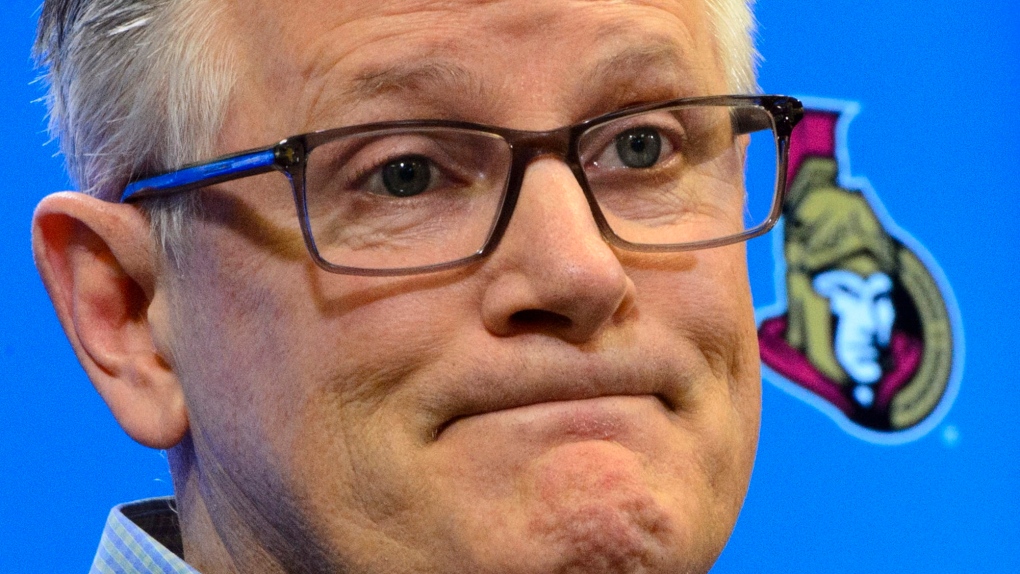 Former NHL player Brent Sopel says his stories on a year-old podcast about rough treatment from Marc Crawford were meant "to entertain the listener" and not to make allegations against his former coach.

Speaking on a Barstool Sports podcast a year ago, Sopel, who played for Crawford in Vancouver, said the coach "kicked me, he choked me, he grabbed the back of my jersey and just pulling it back."

Sopel said in a statement posted to Twitter on Thursday that he "told those stories as a former NHL defenceman, and not as a victim."

"It was not my intent to make any allegations against anyone or any organization," he said. "I was only speaking to how coach Crawford affected me. I cannot speak for how others were affected by him.

"I recognize and respect that different coaching tactics affect people in different ways. Just as I prefer others not speak on my behalf about my life experiences, I will not comment on coach Crawford's impact on other players. Those are not my stories to tell."

Crawford, now an assistant coach with the Chicago Blackhawks, is away from the team while it reviews his conduct with another organization. He has not responded to interview requests from The Canadian Press.

Some allegations of abusive behaviour surrounding Crawford have recently emerged. Former NHL forward Sean Avery recently told the New York Post that Crawford kicked him after he was whistled for a too-many-men-on-the-ice penalty when he played for Crawford with the Los Angeles Kings during the 2006-07 season.

Former NHL forward Patrick O'Sullivan, who also played for Crawford in L.A., responded to the Blackhawks' decision on Twitter: "I talked about his physical abuse in my book 4 years ago kicking me and others on the bench."

However, Avery has since called Crawford "a demanding coach who would actually fight for his players." Sopel also credited Crawford for making him a better player in his statement.

"He found ways to motivate me and make me a better player," Sopel said.

Crawford has been the subject of controversy before. He was head coach in Vancouver when then-Canuck Todd Bertuzzi jumped Colorado player Steve Moore from behind during a game, driving his head into the ice.

Bertuzzi later claimed that Crawford said in the dressing room during that game that Moore must "pay the price" for a hit he had given to Canucks captain Markus Naslund in a previous game.

Moore settled a lawsuit against Bertuzzi and the Canucks out of court in September 2014. Bertuzzi had sued Crawford in a third-party lawsuit related to the incident, which was later dropped.