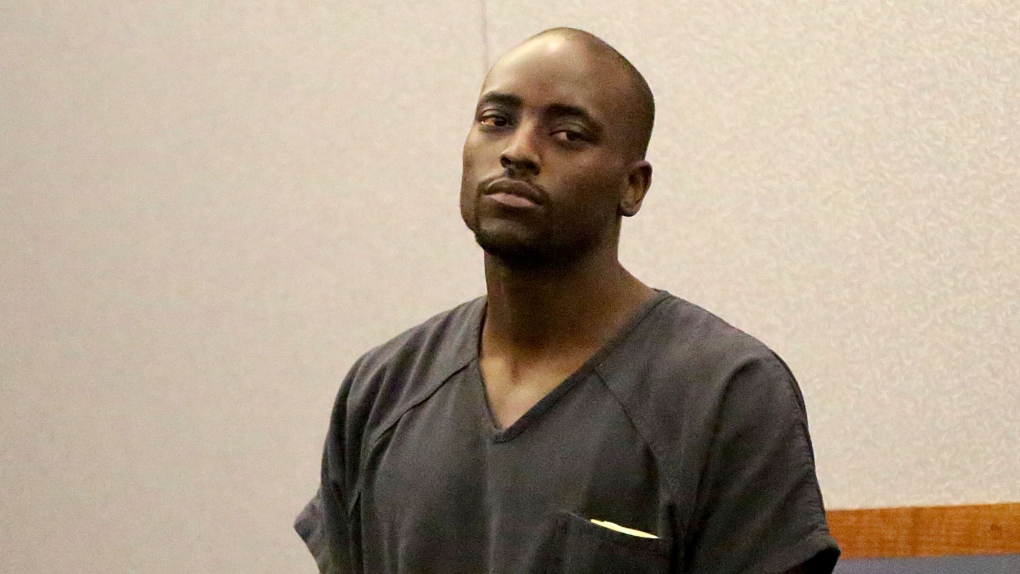 LAS VEGAS -- A former pro football player was ordered Wednesday to stand trial on murder and child abuse charges in the death of his girlfriend's 5-year-old daughter soon after they moved into his Las Vegas apartment this year.

A judge told former NFL and Canadian Football League running back Cierre Marcelle Wood, 28, that testimony from a detective, firefighter and medical examiner convinced her that Wood and the child's mother, Amy Taylor, inflicted physical injuries that caused the death of La'Rayah Davis.

"We know who was in that apartment during that period of time," Las Vegas Justice of the Peace Melanie Andress-Tobiasson said. "We know who was responsible for the ultimate and untimely and horrific death of this child: Mr. Wood and Ms. Taylor."

Andress-Tobiasson rejected as "ridiculous" a bid by Wood's defence attorney, Thomas Ericsson, to throw out the murder charge for lack of direct evidence that Wood was responsible for the girl's fatal injuries.

"There is simply no evidence that rises to his conduct as to this murder charge," Ericsson said.

The attorney conceded, however, that the prosecution met the standard of "slight or marginal" evidence needed to put the 19 child abuse charges before a jury.

The judge cited photos of numerous external bruises and autopsy findings that La'Rayah had 20 newly broken ribs, internal bleeding, a lacerated liver and bruises to her heart, diaphragm and connective tissue.

Taylor and her daughter moved in with Wood and his young daughter on March 27, and Andress-Tobiasson said La'Rayah must have suffered before she died.

"She's 5 years old," the judge said. "It's hard for me to even conceptualize."

Wood, who played for the University of Notre Dame before NFL stints with Houston, New England and Buffalo, is held without bail pending his arraignment next Tuesday in state court. He could face up to life in prison if he is convicted. His attorney says Wood will plead not guilty but declined to comment outside court.

Taylor, 25, is jailed and faces a separate preliminary hearing Aug. 5. Her attorneys watched Wood's hearing and declined to comment afterward.

Detective Jessica Rogers testified that Wood said he spanked the girl when she misbehaved, but Taylor disapproved so he turned to exercise as discipline and had La'Rayah do sit-ups and other exercises, including running sprints in the apartment. He called it "learning through fun."

Wood, who was released by the Montreal Alouettes in Canada in May 2018, told detectives that La'Rayah complained of chest pains and lost her appetite in the days before she died but that she was tough and could handle a lot of pain, Rogers testified.

The day she died, La'Rayah "got to a point she could no longer do a sit-up," Rogers said. Wood told police he pulled La'Rayah's shirt forward and when he let go, she fell backward and hit her head on the carpeted floor.

Wood said he could tell La'Rayah was injured, called Taylor and had his daughter call 911, Rogers said. Taylor, a certified nurse's aide, told police she was at the store at the time.

Paramedics reported finding La'Rayah unresponsive at Wood's apartment. She died at a hospital.