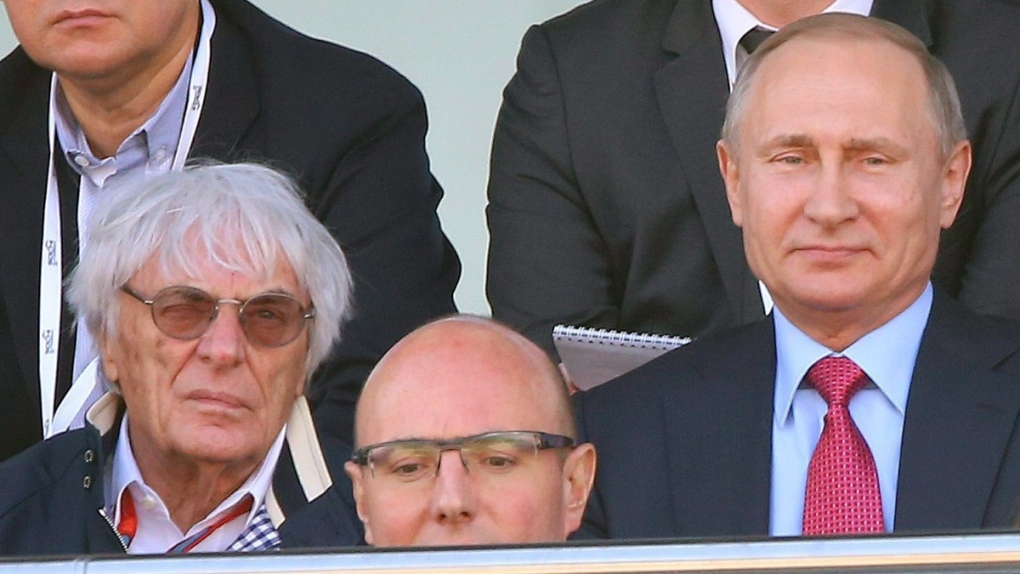 Former Formula One supremo Bernie Ecclestone drew condemnation on Thursday after the 91-year-old defended Russian President Vladimir Putin in a television interview as a "first class person" he would "take a bullet" for.

The Briton, who is no longer involved in Formula One, also told ITV's Good Morning Britain that Ukrainian President Volodymyr Zelenskyy could have ended the Russian invasion of his country by talking to Putin.

Formula One said in a statement they were "his personal views and are in very stark contrast to the position of the modern values of our sport."

"He's a first-class person and what he's doing is something that he believes is the right thing he was doing for Russia," said Ecclestone, who has a history of controversial statements.

"Unfortunately he's like a lot of business people, certainly like me, that we make mistakes from time to time and when you've made the mistake you have to do the best you can to get out of it."

Ecclestone noted that Zelenskyy was a former comedian.

"I think it seems as if he wants to continue that profession," he said.

"I think if he'd have thought about things, he would definitely have made a big enough effort to speak to Mr Putin, who is a sensible person and would have listened to him and could have probably done something about it."

Do you have any questions about the attack on Ukraine? Email dotcom@bellmedia.ca.