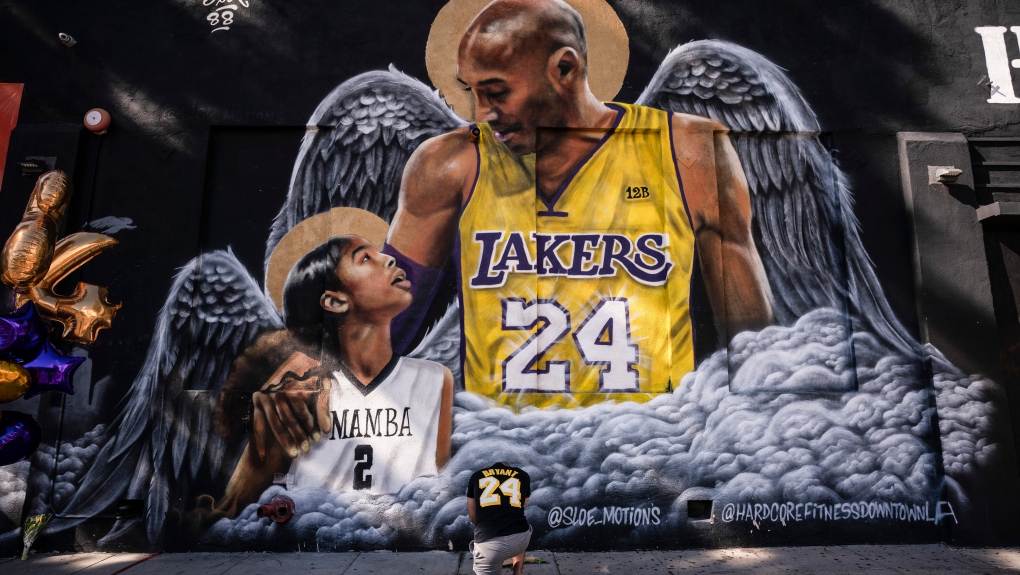 In court Wednesday, a Los Angeles County fire captain denied using photos from the helicopter crash that killed Kobe Bryant and eight others as a "party trick" when he showed the images during an awards ceremony cocktail hour.

Fire Captain Tony Imbrenda's testimony was part of a federal civil lawsuit brought by Bryant's widow, Vanessa Bryant, that alleges LA County invaded her privacy and failed to fully contain the spread of the photos, inflicting emotional distress. Christopher Chester, whose wife and daughter also died in the crash, is a co-plaintiff. Both he and Bryant allege they live in fear of the photos re-surfacing online.

During the conversation, Imbrenda said he pulled out his phone and showed some photos from the crash -- mostly of the debris field, he told the court, but some of the images did have human remains.

"I did not believe I was violating any policy. ... In retrospect, I feel that that wasn't a good decision, it wasn't my best judgment," Imbrenda said.

But Imbrenda maintained he was sharing what he considered to be educational details with other public information officers. "I felt the discussion was appropriate, the setting was not," he said.

In addition to photos taken by Imbrenda the day after the crash, he testified that he received dozens of photos of the site from several people -- including from phone numbers he didn't recognize -- since he asks personnel to send him incident photos as a part of his job.

The awards show incident came to light after the wife of an LA firefighter, Luella Weireter, who was with the group during cocktail hour, filed an official complaint with a battalion chief at a county fire station in Malibu.

Weireter is the cousin of Keri Altobelli, who, along with her husband John and daughter Alyssa, died in the same helicopter crash.

Last week, Weireter testified in court that she saw Imbrenda share the photos of the crash site and Bryant's remains at the event. Weireter characterized it as being like a party trick, testifying she saw one firefighter break away from the group, saying, "I can't believe I just looked at Kobe's burnt up body, and now I'm about to eat."

During his testimony Wednesday, Imbrenda repeatedly stressed that human remains weren't the subjects of the photos he had, and they instead were "debris field photographs that contain human remains in them" and "overall photographs of the incident."

Imbrenda denied showing photos of Kobe Bryant's remains or even having photos of his body. He said he visited the site a day after the crash, by which time any identifiable body parts were either covered or removed from the scene.

He also said he didn't know a victim's family member was present at the event.

When asked by Jerome Jackson, an attorney representing Chester, whether he used the photos "like a party trick," Imbrenda said, "Absolutely not."

"You think she made it up?" Jackson asked.

"I believe she is mistaken," Imbrenda replied.

Imbrenda also denied a claim by Weireter that his girlfriend excitedly called her over to look at the photos. "Maybe (Weireter) was mistaken as to who she was talking to, but she wasn't talking to my girlfriend," Imbrenda said.

The captain said that at the time he was showing the photos, the firefighters' girlfriends and wives were standing separate from the four personnel discussing the crash. "I would not engage in that conversation with civilian wives and girlfriends," he said.

While questioning Imbrenda, lawyers for the plaintiffs also showed the court a clip from an interview with Captain Erik Scott of the LA City Fire Department, another information officer who attended the gala. In the clip, Scott told county investigators "there might have been a torso or somebody bent in half" in the photos he saw.

Scott took the witness stand after Imbrenda on Wednesday. He testified that the focus of the conversation at the gala was to learn from Imbrenda, but agreed human remains could be seen in some of the photos they scrolled through. He said their brief look at the photos did not center on the human remains.

"It was centered on the high impact crash," Scott said, adding that they discussed the fog that day, the speed of the helicopter and Imbrenda's response to the media and the news conferences.

Jackson asked Scott: "Did seeing a torso enhance your ability to be a PIO?"