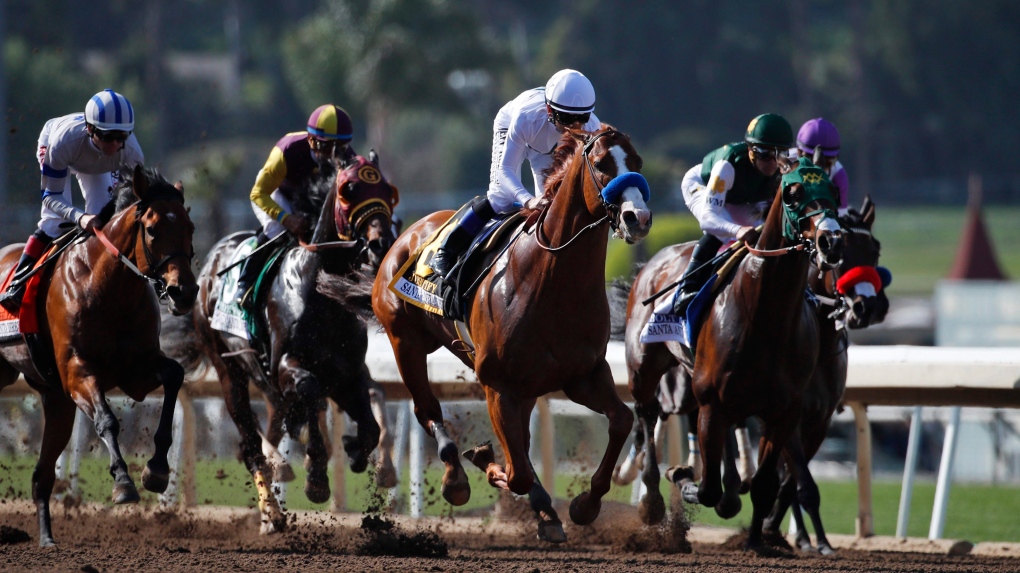 ARCADIA, CALIF. -- There's been a horse fatality at Santa Anita, which is temporarily closed for live racing because of the coronavirus pandemic.

It's the seventh death at the track in Arcadia since December.

According to the California Horse Racing Board website, a 2-year-old filly named Smiling Ali died Thursday. She had yet to race and was trained by Jeff Bonde.

Smiling Ali had just completed a two-furlong timed workout in 25 seconds when she died on the main dirt track. The cause was not immediately determined, although it was believed to be a probable heart attack. A required necropsy will be conducted.

There have been 44 deaths at Santa Anita since December 2018, including seven beginning shortly before the winter-spring meet began after Christmas.