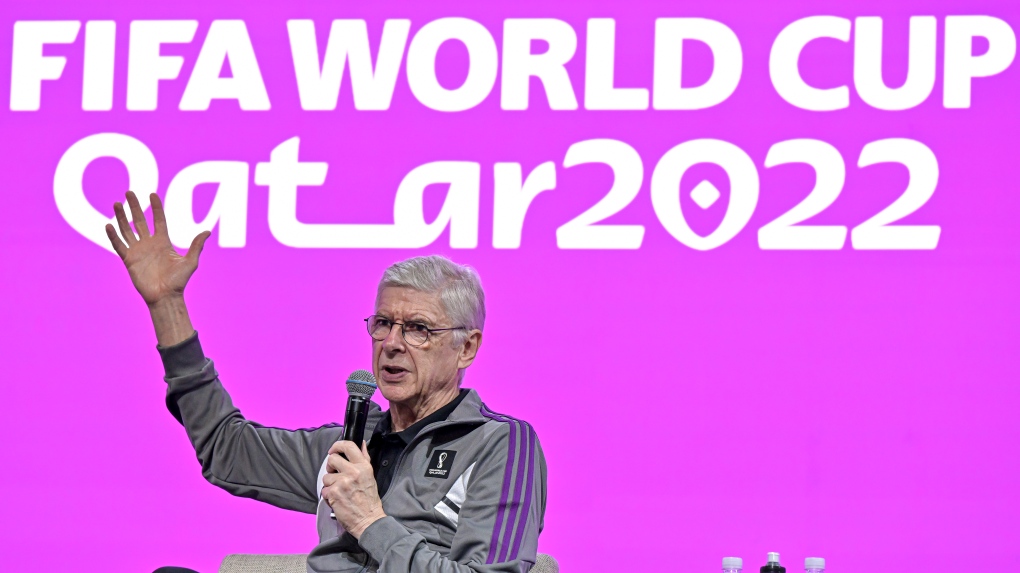 Wenger said teams who had a good opening game were mentally ready to focus on the competition and "not on political demonstration." The former Arsenal manager did not specify which teams he was talking about while speaking during an analysis of group games at a FIFA-hosted media event as Chief of Global Football Development.

Denmark and Germany both under-performed in their first games. The Danes drew 0-0 with Tunisia and the Germans lost to Japan 2-1.

They were among seven European soccer federations at the World Cup who wanted their captains to wear an armband as part of a Dutch diversity and anti-discrimination campaign to expose the host nation's poor human rights record.

However, Wenger overlooked the part FIFA played in the dispute by avoiding the issue before teams arrived at the World Cup. Then, seemingly under pressure from Qatari authorities, letting it spill into Nov. 21, hours before England and the Netherlands played and won their first games.

Hours before those games, FIFA forced a climbdown from the European federations by threatening to ensure England captain Harry Kane and Netherlands counterpart Virgil van Dijk would be shown a yellow card. They would have risked getting a second yellow and being sent off and suspended for the next game.

Denmark played on Nov. 22 without protest, one day before Germany's players lined up for their pregame team photo and covered their mouths to show they felt silenced by World Cup organizers. Both teams later failed to advance to the knockout round.

The Danish soccer federation was consistently critical before the tournament of Qatar's treatment of the migrant workers who helped build World Cup projects, and brought toned-down uniforms with a black option to represent the colour of mourning. The black jersey was not worn in Denmark's three games.

Wenger, who is a long-time commentator for Qatari broadcaster beIN Sports, also said Sunday the World Cup games had been popular around the world "despite all the negative publicity we got before."

Klinsmann is analyzing games for FIFA and noted players in Europe's biggest leagues had to adapt from playing club games until only one week before the World Cup started. Teams usually have at least two weeks to prepare after the European season for a typical World Cup starting in June.

"For coaches to prepare a team with one week is very, very difficult, obviously," said Klinsmann, who was twice a World Cup coach, with Germany in 2006 and the United States in 2014.

"There have been extreme mental challenges for the teams," he said, adding that the expanded squads with 26 players instead of the usual 23 left coaches "dealing with 15 unhappy players."

Two tactical trends were highlighted by Wenger from the 48 games in the group stage -- the importance of attacking from wide positions on the field and goalkeepers' ability to pass the ball as an outlet for teammates being pressed by opponents.

"I personally think the team with the best wide players will win this tournament," Wenger said.

He said attacking teams were forced to find space on the flanks because opponents now better protect the center of the field, and this also led to fewer long-distance shots being taken.

Evolution of the "sweeper keeper" role pioneered by Germany captain Manuel Neuer saw a 70 per cent increase since the 2018 World Cup of goalkeepers offering to receive the ball with their feet.

"It is a fascinating development of the position of the goalkeeper," Klinsmann said, adding youth training likely needs to adapt so potential keepers also spend time playing an outfield position to develop their ball control and passing skills.