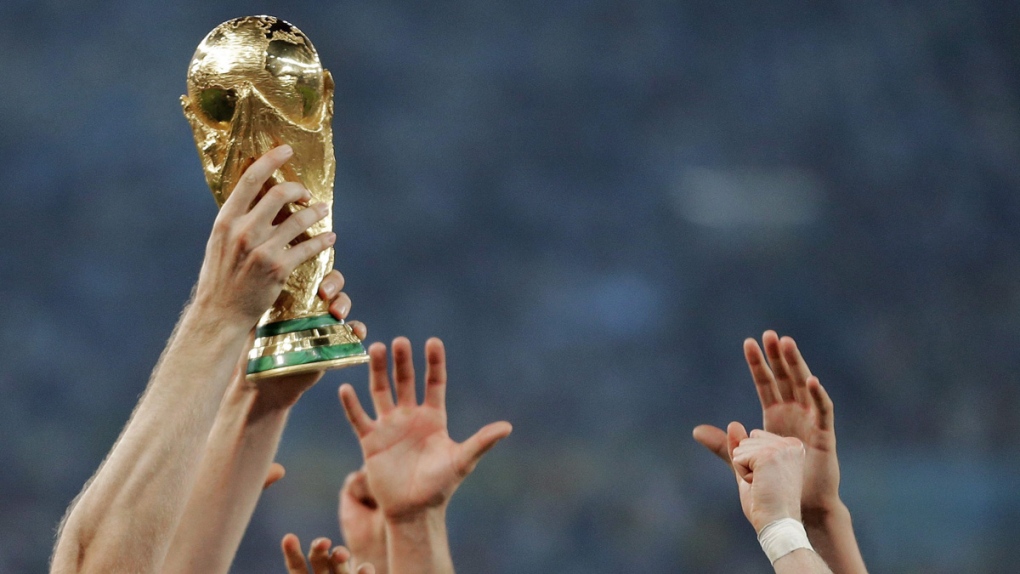 FIFA intensified its push for hosting the men's World Cup every two years on Thursday by garnering support from soccer fans around the world to help combat resistance from Europe and South America.

The latest public relations tactic came in the form on an online survey commissioned by FIFA. The Associated Press does not routinely report the claims of opinion polls conducted over the internet.

The FIFA statement did not provide data, details of the polling methodology or questions asked, but claimed its findings showed "considerable differences between the so-called traditional markets and the developing football markets."

The governing bodies of the six continental soccer federations all stage their own championships, with Europe hosting its tournament every four years halfway between the World Cups. Adding an extra World Cup in every four-year cycle would likely cut into the European event's revenue stream.

The women already have two major world tournaments in every four-year cycle because the top teams and best players compete at the Olympics as well as the Women's World Cup.

FIFA's latest survey follows one week after it hosted about 80 former international players, including several World Cup winners, for a two-day meeting in Qatar -- the 2022 World Cup host country.

The players reported they all agreed it was a good idea to double the number of men's World Cups in each four-year period.

FIFA president Gianni Infantino believes staging more tournaments would increase opportunities and enthusiasm in most of the 211 member countries, many of which never qualify to play at the World Cup.

Expanding the World Cup from 32 teams to 48 starting at the 2026 tournament in North America was one of the biggest early decisions of Infantino's presidency, which began in 2016. FIFA also wants to distribute extra World Cup revenue to improve talent development and help national teams globally close the gap on Europe.

European teams have won the past four World Cups and filled 13 of the 16 semifinal slots. The other three semifinalists from 2006-18 were from South America.

The UEFA-backed Football Supporters Europe group also opposed the biennial World Cup plan, claiming it would distort the balance between domestic and international soccer, and club and national teams.

The Canada Recovery Benefit (CRB) will expire as of Oct. 23, and will be replaced by a targeted benefit that helps individuals whose work is impacted by COVID-19 lockdowns.

Instead of issuing a singular federal national COVID-19 vaccine passport, the federal government says that each province and territory will be responsible for issuing a 'standardized pan-Canadian' vaccine passport that Canadians can use when travelling abroad. Each province's system is supposed to have a 'common' look and feel, with the expectation that by next month all Canadians will have access.

Iqaluit is being forced to medevac patients out of the territory with the only hospital unable to sterilize equipment properly as the water contamination crisis continues.

The Vancouver Police Board is to hear a report Thursday recommending the force change its handcuffing policy after the arrest of an Indigenous man and his 12-year-old granddaughter at a bank in 2019.

Ontario is no longer providing the federal government with COVID-19 flight exposure data, citing an increase in public health measures and vaccinations.

Scientists in New Zealand have found that microplastics, which have been found in rivers, oceans, soil and animals, are also in the air we breathe and report that this airborne pollution is likely affecting climate change.