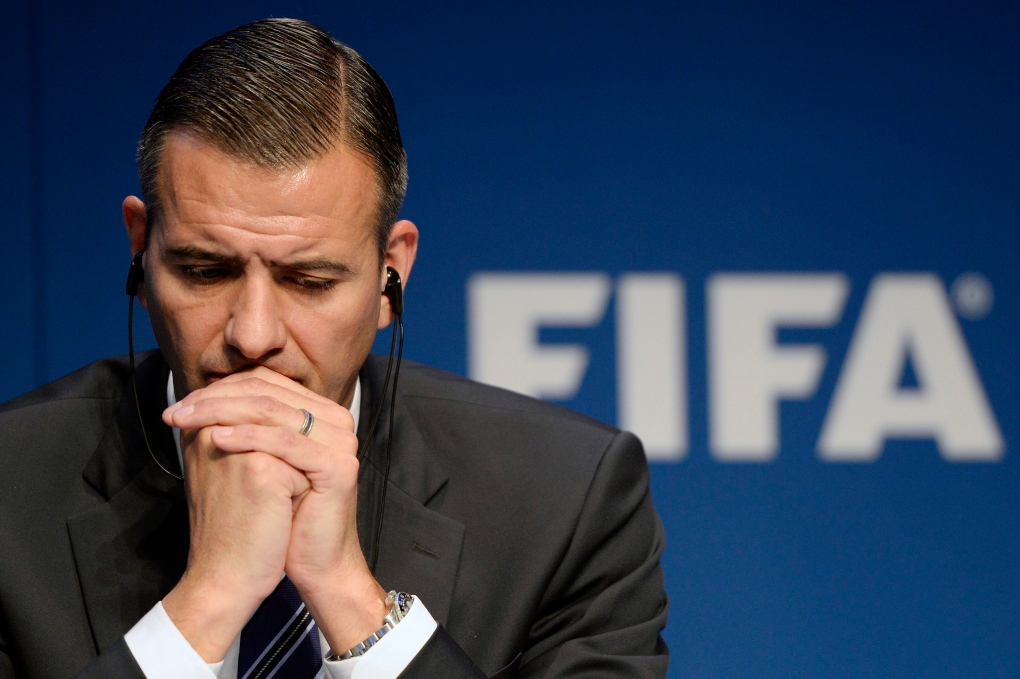 In this file photo, Markus Kattner attends a press conference at the FIFA Headquarters in Zurich, Switzerland, Thursday, Dec 3, 2015. (Walter Bieri/Keystone via AP)

FIFA said its ethics committee judges found Kattner guilty of conflicts of interest and abuse of position, including obtaining a recording of a FIFA Council meeting.

“By his conduct, the integrity and objectivity of FIFA have therefore been exceedingly violated,” FIFA's ethics judges said in their ruling.

Kattner spent 13 years overseeing the world soccer body's finances during Blatter's presidency. When he was fired by FIFA's new management in 2016, it was revealed that Blatter, former secretary general Jerome Valcke and Kattner himself were contracted to get World Cup bonuses, loyalty bonuses and future golden handshakes totalling tens of millions of dollars.

Lawyers for FIFA four years ago described “a co-ordinated effort by three former top officials of FIFA to enrich themselves.”

At the time, a spokesperson for Kattner said the contracts were approved by FIFA's compensation panel and known to its then-auditors.

When Blatter and Valcke were suspended from duty in 2015, Kattner was promoted to be FIFA's interim secretary general - a role he continued to hold for three more months after the election of current president Gianni Infantino.

FIFA ethics investigators formally opened an investigation of the three men in September 2016.

Kattner's ban from soccer comes weeks after he was made a criminal suspect by Swiss federal prosecutors investigating FIFA's finances during the Blatter presidency.

The 49-year-old German is now classed as an accused person in Switzerland after a long-standing criminal proceeding against Blatter was extended to include himself and his former boss Valcke.

The latest allegation, reported by The Associated Press three weeks ago, relates to a $1-million loan FIFA made to the Trinidad and Tobago soccer federation in April 2010.

The interest-free, unsecured loan from soccer funds was paid into the control of FIFA's then-vice-president Jack Warner - while he was a candidate during the Caribbean nation's general election - and later waived as a gift.