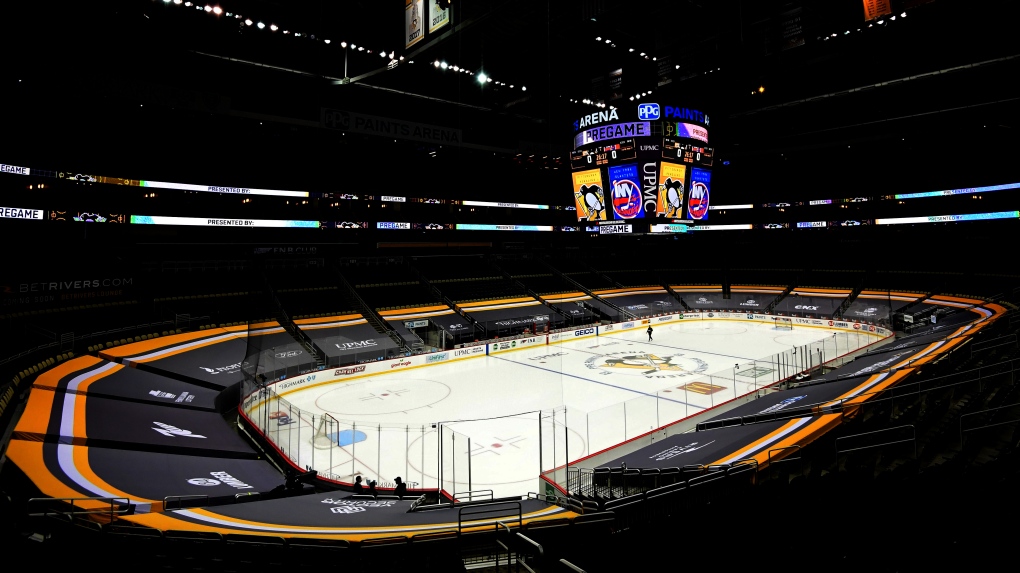 A general view of the PPG PAINTS Arena prior to a game between the Pittsburgh Penguins and New York Islanders on February 18, 2021 in Pittsburgh, Penn. (Emilee Chinn/Getty Images)

FSG made the announcement on Monday and said as part of the transaction, Hockey Hall of Famer, Mario Lemieux, along with Ron Burkle will remain part of the ownership group.

"The Pittsburgh Penguins are a premier National Hockey League franchise with a very strong organization, a terrific history and a vibrant, passionate fan base," FSG Chairman Tom Werner said in a statement.

"We will work diligently to continue building on the remarkable Penguins' tradition of championships and exciting play.

"We are particularly excited to welcome Mario Lemieux and Ron Burkle to FSG and have the utmost respect for all they have done to build the Penguins into the perennially successful franchise we know today.

"We look forward to working with Mario, Ron and the entire Penguins front office team."

Lemieux and Burkle purchased the team in 1999 and have delivered Pittsburgh three Stanley Cups.

"As the Penguins enter a new chapter, I will continue to be as active and engaged with the team as I always have been and look forward to continuing to build on our success with our incoming partners at FSG," Lemieux said in a statement.

"They have an organizational philosophy that mirrors the approach that worked so well for Ron and me over the past 22 years."

Burkle added: "Mario and I came in together, and we are excited to become a part of the new ownership group. The Pittsburgh Penguins will be in good hands with FSG, and Mario and I are here to support them, committed as much as we've always been to the success of the franchise."

The sale must be approved by the NHL.