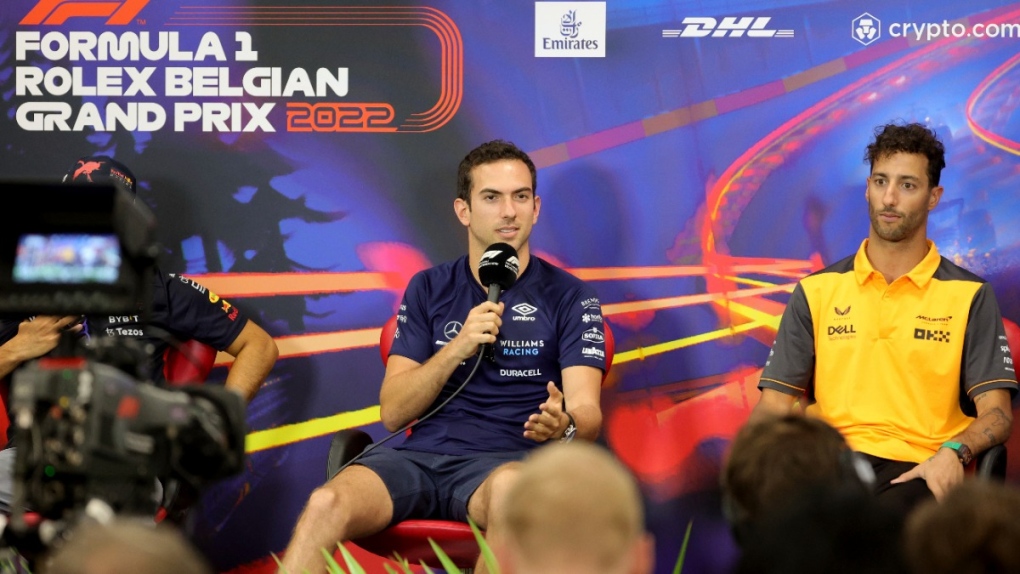 Formula One team Williams is releasing Toronto driver Nicholas Latifi when his contract runs out at the end of the season.

Williams made the announcement on Friday without saying who will replace the 27-year-old Latifi, whose crash at the season-ending Abu Dhabi GP last season triggered a one-lap chaotic restart that saw Max Verstappen overtake Lewis Hamilton to win the title.

Latifi has not scored a point this season.

He was comfortably outperformed by Nyck De Vries, who stepped in for Alex Albon at the Italian Grand Prix two weeks ago and finished ninth for two points.

Latifi is in his third season with Williams and his best result was seventh place at the Hungarian GP last year.

"Although we have not achieved the results together we hoped we would, it's still been a fantastic journey. Getting those first points in Hungary last year was a moment I'll never forget," Latifi said. "I will move onto the next chapter of my career with special memories of my time with this dedicated team. I know none of us will stop putting in every effort until the end of the season."

Latifi was a popular but error-prone driver, who was thrust into the spotlight at last year's Abu Dhabi GP.

Hamilton was cruising to victory and an outright record eighth F1 title when Latifi crashed his Williams car into a wall with a few laps left.

It led to a safety car, then a one-lap restart, and late drama followed as Verstappen overtook Hamilton on fresh tires to win the world title in one of the most controversial moments in F1 history.

Latifi faced abuse on social networks and even death threats. He hired a bodyguard on a trip to London with his girlfriend.

"On behalf of the whole team, I would like to say an enormous thank you to Nicholas for his three years of hard work with Williams," Capito said. "He is a great team player who has a great attitude towards his colleagues and work and is well liked and respected throughout the business. Our time together is now coming to an end, but I know he will put full effort in to maximize what we can do together."

Latifi's departure could open the door for De Vries to get the seat alongside Albon for 2023 and beyond, with Albon tied to a multi-year deal.

Williams Racing and Nicholas Latifi will part ways at the end of the 2022 Season.

We want to thank Nicky for his commitment and hard work over the last 3 years and wish him all the best in the next steps of his career.#WeAreWilliams

So, I’m parting ways with @WilliamsRacing at the end of the year.

Honoured to have represented them for the last 3 years. A massive thanks to the whole team – it’s been an incredible journey and I’ve enjoyed every second of it.