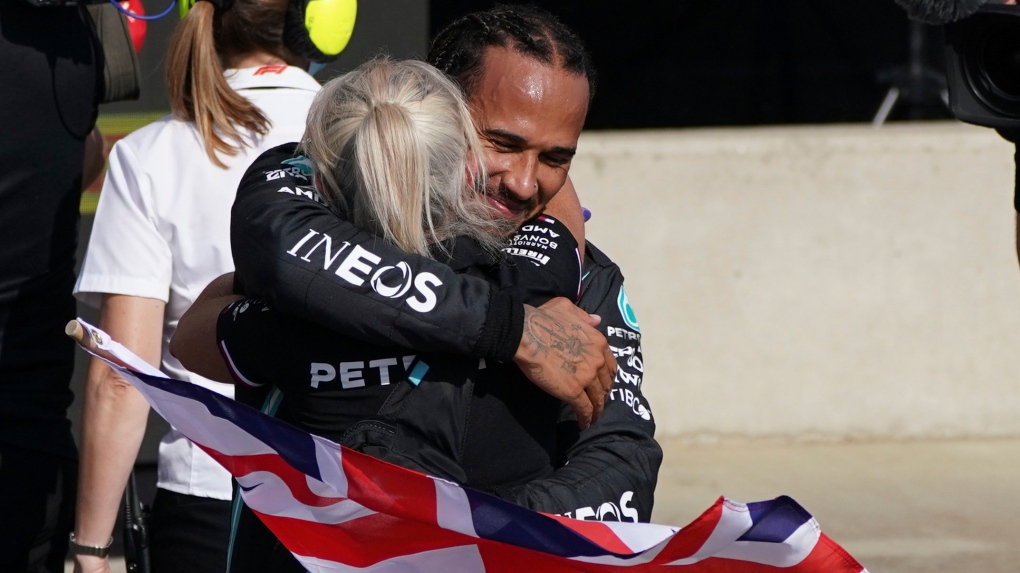 Hamilton was targeted following the Mercedes driver's crash with rival Max Verstappen on the opening lap of Sunday's British Grand Prix that sent the championship leader hurtling out of the race.

“Formula One, the FIA and the Mercedes-AMG Petronas F1 Team condemn this behavior in the strongest possible terms,” the statement said. “These people have no place in our sport and we urge that those responsible should be held accountable for their actions.

“Formula One, the FIA, the drivers and the teams are working to build a more diverse and inclusive sport, and such unacceptable instances of online abuse must be highlighted and eliminated.”

Hamilton was handed a 10-second penalty following the crash but the seven-time world champion delivered a superb comeback drive to record his eighth win on home soil.

Verstappen was taken to hospital after the 190mph shunt, which registered at 51G, before being released later “without any major injuries”, his Red Bull team said.

“While we may be fierce rivals on-track, we are all united against racism,” the team said. “We condemn racist abuse of any kind towards our teams, our competitors and our fans.

“As a team we are disgusted and saddened to witness the racist abuse Lewis endured yesterday on social media after the collision with Max. There is never any excuse for it. There is certainly no place for it in our sport and those responsible should be held accountable.”

It is understood that F1 is compiling a dossier of the offensive posts and will raise them directly with the platforms and call on them to take action.

Facebook, which owns Instagram, said it tried to remove harmful content as quickly as possible and encouraged people to use the tools it offers to block abuse.

“The racist abuse directed at Lewis Hamilton during and after the British Grand Prix is unacceptable and we've removed a number of comments from Instagram,” it said in a statement. “In addition to our work to remove comments and accounts that repeatedly break our rules, there are safety features available, including Comment Filters and Message Controls, which can mean no one has to see this type of abuse.

“No single thing will fix this challenge overnight but we're committed to the work to keep our community safe from abuse.”

He wrote: “The racial abuse on social media towards our players after yesterday's game is unacceptable. This sort of ignorance has to be stopped.