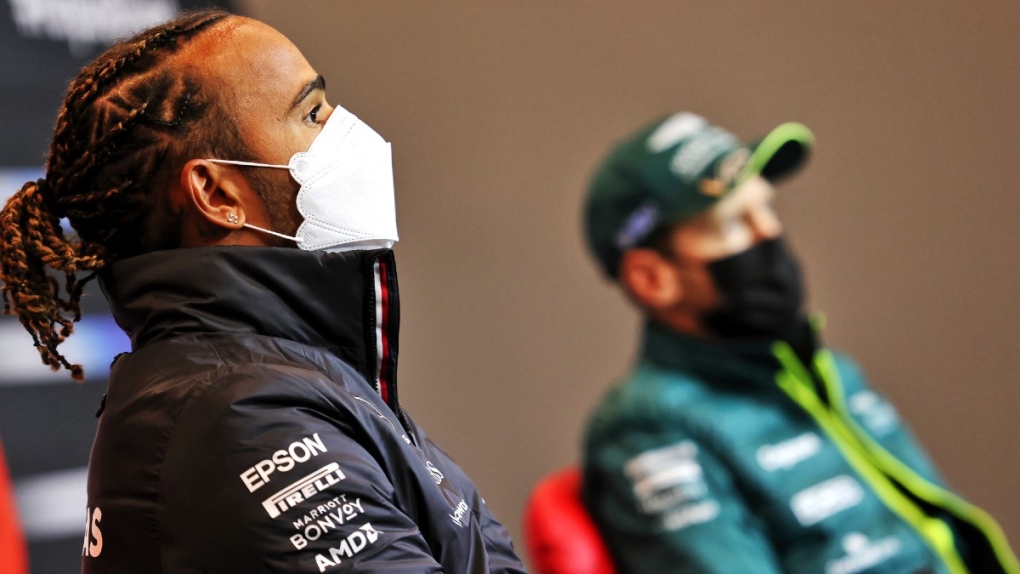 Hungary's government wants a national referendum to showcase public support for a new law that the European Union says discriminates against LGBT people. The government says the law aims to protect children, but many have criticized it as an attack on LGBT rights.

The seven-time F1 champion Hamilton, who is chasing a record-extending 100th grand prix win this weekend, made his opposition known on social media.

"Ahead of the Grand Prix this weekend, I wish to share my support for those affected by the government's anti-LGBTQ+ law. It is unacceptable, cowardly and misguiding for those in power to suggest such a law," Hamilton wrote on Instagram.

"Everyone deserves to have the freedom to be themselves, no matter who they love or how they identify. I urge the people of Hungary to vote in the upcoming referendum to protect the rights of the LGBTQ+, community, they need our support more than ever."

Last week, Prime Minister Viktor Orban posted a video on Facebook to say the referendum was necessary to counter strong opposition to the measures by the EU, which he said abused its power by launching legal action against Hungary over the law.

The four-time F1 champion Vettel spoke out on Thursday at the Hungarian GP.

"I find it embarrassing for the country," said Vettel, who is third all-time in F1 history with 53 race wins. "I can't understand why they (the government) are struggling to see why everybody should be free to do what they like."

The law passed last month by Hungary's parliament bans the depiction of homosexuality or gender reassignment to minors in school education programs and media content.

Its passage set off a heated confrontation between Orban's right-wing government and the 27-member EU, which argued it discriminates against LGBT people and contravenes the bloc's fundamental values.

The referendum will cover such issues as whether children should be introduced to topics of sexual orientation in schools, and whether gender reassignment should be promoted or depicted to children.

Budapest Pride spokesperson Jojo Majercsik said the was not just a celebration and remembrance of the historical struggles of the LGBT movement, but a protest against Orban's current policies.

At the Turkish GP last November, Vettel wore a special helmet promoting a message of diversity and inclusion.

The helmet's design depicted a diverse crowd, a prominent rainbow stripe, and a white-to-black gradient with his chosen message "No borders, just horizons -- only freedom" written on top.

Hamilton, the only Black driver in F1, has spoken out at length against racism. He and other drivers have been taking a knee against racism before races for the past year.