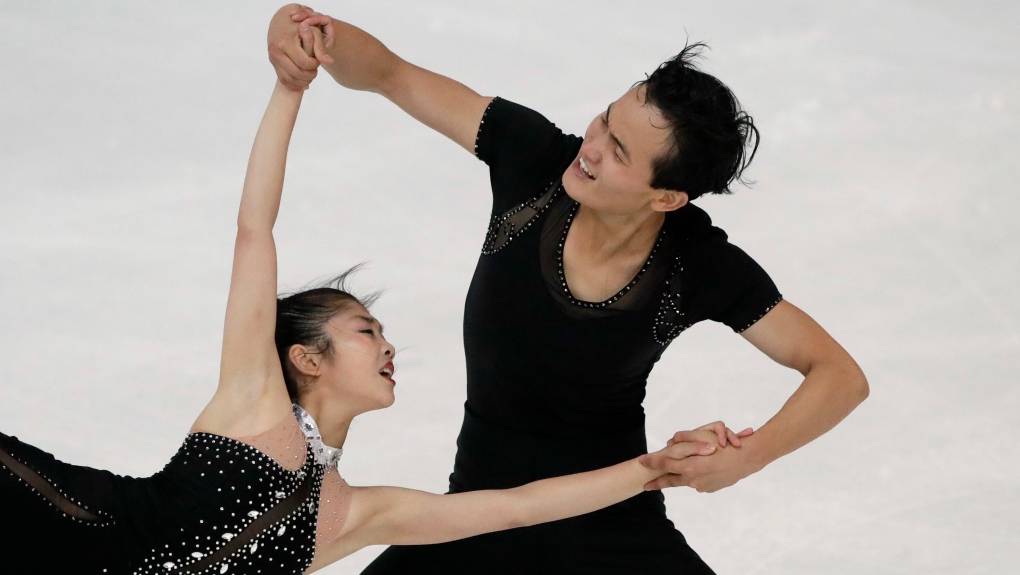 News that two North Korean figure skaters will be going to the Winter Olympic Games next month has left coaching staff at a Quebec arena feeling proud.

The North Korean skaters went on to qualify for the Olympics in September. A deal announced Tuesday means North Korea will allow them to compete at PyeongChang, South Korea, next month.

Marcotte said he recognized their raw talent and accepted an offer to train them in Sainte-Julie.

“They just bring so much passion, so much charisma and they have so much love for the sport,” he told CTV Montreal.

Marcotte said they stayed away from politics during the training. “Most of our conversation was how can we be better, how can we one day be at the top of the podium at worlds,” he said.

Choreographer Julie Marcotte, Bruno Marcotte’s sister, said she is “ecstatic” about the news, saying it was an honour to train Ryom and Kim.

“Ultimately they're athletes that just want to be able to become the best they can be at their sport,” she said.

“They haven’t had the chance like other to compete on the international scene,” she added.

Duhamel said that qualifying for their country was their ultimate goal. “I think they felt a lot of pressure to do that,” she said.

Radford said he believes their attendance at the Olympics “sends such a great message.”

“I think that for them the experience is going to be amazing,” Radford said. “It’s every athlete’s dream to be at the Olympics.”

With a report from CTV Montreal’s Cindy Sherwin