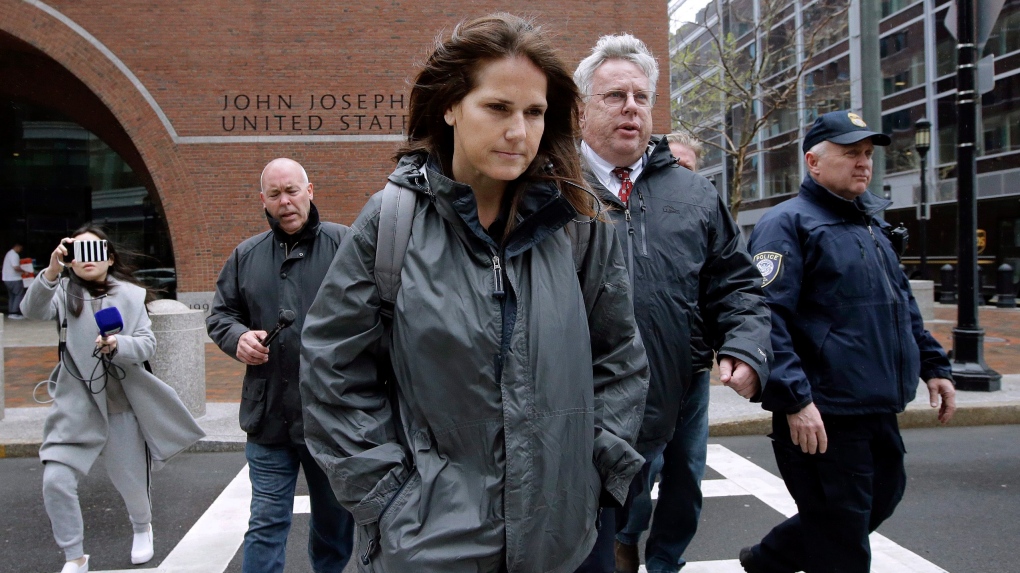 A former University of Southern California soccer coach choked up on Monday as she testified in the first trial in the U.S. college admissions scandal that in exchange for money, she helped wealthy parents' children get into schools as fake athletic recruits.

Laura Janke told a Boston federal jury that those children included the daughter of ex-casino executive Gamal Aziz, who is on trial with private equity firm founder John Wilson over charges they participated in the fraud scheme.

She said she helped the scheme's mastermind, William "Rick" Singer, get Aziz's daughter and others, including a daughter of "Full House" actress Lori Loughlin, admitted as sports recruits, regardless of their abilities.

"I basically devalued the sport and the commitment it takes for athletes to play," Janke said.

Fifty-seven people have been charged in the scandal, including Singer, who pleaded guilty in 2019 to using bribery and exam cheating to secure spots for his clients' children at universities. Loughlin also pleaded guilty.

Janke, who pleaded guilty to racketeering conspiracy, said that as an assistant women's soccer coach at USC, she and the head coach recruited Singer-backed children for $50,000 per student.

Janke said that money initially went to the soccer program and was later split between the coaches.

After leaving USC in 2015, Janke said Singer paid her to create athletic profiles used in the admissions process that included made-up information about applicants to schools including USC, Yale and Stanford.

Janke said those profiles included one for Aziz's daughter that falsified her height, team position and accolades.

"I had to make it believable enough so you could say they would make an impact on the team without raising any red flags," Janke said. (Reporting by Nate Raymond in Boston; Editing by Dan Grebler)

Manitoba RCMP are warning the public of a man considered to be armed and dangerous who was last seen in the Interlake region of the province and is known to frequent areas in Winnipeg.

More than 3,000 Albertans have now died due to COVID-19 after the province reported 18 new deaths and 786 new cases on Wednesday.

A report exploring the far-right in Ukraine’s military found that neo-Nazis and supporters of far-right groups in the ranks bragged online about receiving training from Canada and other NATO nations.