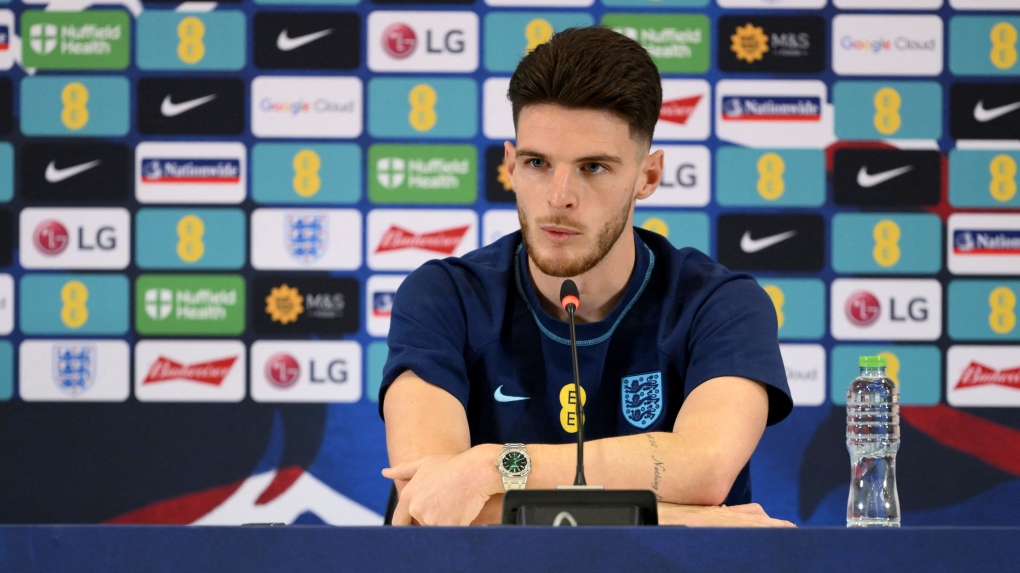 When even Declan Rice admits a mid-season World Cup is proving physically challenging, it's time to take note.

The workhorse England midfielder said he was feeling the strain after playing three games already in Qatar, with a match against Senegal in the round of 16 coming up Sunday.

"You know what? It's been a little bit tough on the legs," said Rice, who played the entirety of his country's opening two Group B games, but was substituted after 58 minutes of the 3-0 win against Wales on Tuesday.

"I've not had a conversation with the manager yet ... But that was maybe to manage my load," he added.

The World Cup is being staged during the months of November and December for this first time in its history because temperatures can can reach in excess of 100 F (37 C) in Qatar during the summer.

That has meant a disruption to the Premier League and top flight domestic competitions in other countries, with players thrust into the intensity of a World Cup just a few months into the season.

Rice is a key figure in Gareth Southgate's plans, with the England coach noting before the tournament his lack of defensive midfield options.

That was underlined by the inclusion of Kalvin Phillips in his 26-man squad, despite the Manchester City player making just one substitute appearance for his club since undergoing shoulder surgery in September.

Rice says he has no concern about his own ability to last as long as England is at the tournament.

"My record of playing games speaks for itself," he said. "I've played consistently now for the last three years -- 50, 60 games a season. So I keep my body really fresh.

"I keep making sure I recover as best as I can and if I'm needed for all seven games, seven 90s, I know I'm putting myself in a situation where I can do that."

That's just as well, given Rice is planning on England going far in this tournament after reaching the 2018 World Cup semifinals in Russia and the European Championship final last year when beaten by Italy on penalties at Wembley Stadium.

"Why should we not be feared?" he said at a news conference Thursday. "If you look at our attacking players, there are world class, unbelievable talents across the board. Across the whole team. There are players who have played in the biggest games, won the biggest trophies.

"We are one of the biggest teams here. But it's down to us to prove it on the pitch. Obviously teams like the French have proved that. They've won a World Cup. They've done it consistently. Now we want to change that. All those big nations, we want to show them we're here. We're not just here to get into the round of 16. We want to go the whole way."