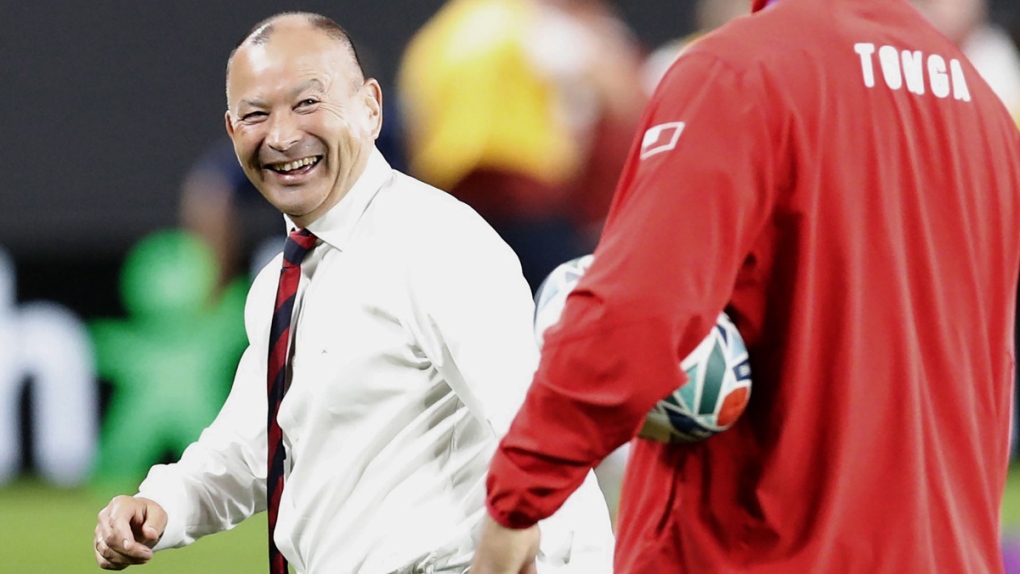 KOBE, Japan -- England coach Eddie Jones has stoked up the game against the United States at the Rugby World Cup in Japan by saying the Americans are going to play "like 15 Donald Trumps."

Jones, who is Australian, explained he expected the U.S. team "to give it everything."

But previewing the game, Jones said "it's going to be like 15 Donald Trumps out there, so we'll have to be on our job because we know they're going to give it everything."

Jones has already raised eyebrows in Japan by referring to two of his players as "kamikaze kids." Jones said he used the term for flankers Sam Underhill and Tom Curry because of their ferocious defence.

The word kamikaze is sensitive in Japan because it referred to pilots who flew aircraft into Allied ships in suicide missions during World War II.