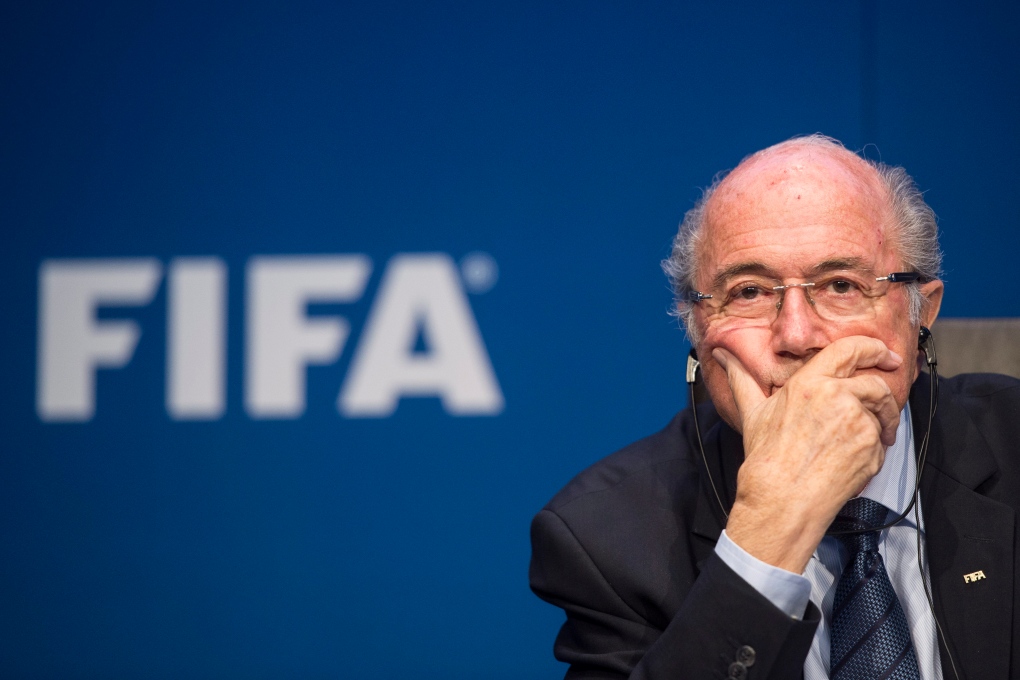 South Africa's Sunday Times reported that the email from FIFA secretary general Jerome Valcke to the South African government asks when the $10 million, characterized as a bribe by American investigators, will be transferred.

The newspaper said that in the email, which was not published, Valcke wrote that the $10 million was "based on discussions between FIFA and the South African government, and also between our President (Blatter) and President Thabo Mbeki."

U.S. investigators alleged in their indictment into corruption in world soccer that the $10 million went to Jack Warner, who is currently under arrest, as payback for him and two other FIFA executive committee members at the time for voting for South Africa to host the 2010 World Cup.

It was wired from FIFA to accounts controlled by Warner in three payments in early 2008, the U.S. Department of Justice said.

FIFA and the South African government have said it was money given legitimately by South Africa through FIFA to help soccer development in Warner's Caribbean region.

FIFA said in a statement to The Associated Press on Sunday that sending money to Warner was the idea of the South African government and Blatter was being updated by Mbeki in their discussions. The correspondence from Valcke constitutes "information, not involvement" on behalf of Blatter and Valcke, FIFA said.

"This programme was initiated by the South African government for the Caribbean and it was publicly announced by them at the time," FIFA said.

FIFA denied Valcke made the transfers to Warner and said they were "authorized" on FIFA's side by its then finance committee chairman Julio Grondona of Argentina, who died last year.

Mbeki's office denied any involvement in bribes in a statement when the FIFA corruption scandal broke. On Sunday, Mbeki's spokesman, Mukoni Ratshitanga, referred the AP to the earlier statement denying the South African government's involvement in any bribes when Mbeki was president.

Described as money for soccer development, the South African cash ended up going to former FIFA vice-president Warner of Trinidad and American Chuck Blazer, both then members of FIFA's top executive committee, according to the DOJ. Blazer has admitted to receiving bribes in connection with the 2004 vote that resulted in South Africa becoming the first African nation to host the World Cup.

Warner is one of 14 soccer and marketing officials indicted and under arrest on corruption charges, which include racketeering, bribery and money laundering.

Blatter announced he was quitting as FIFA president last week with the world soccer body rocked by the biggest scandal in its 111-year history. The 79-year-old Blatter has not been specifically implicated in the Justice Department investigation.

In Valcke's email, which is dated Dec. 7, 2007, according to the Sunday Times, he refers to the $10 million as a commitment "to the legacy programme for the diaspora and specifically the Caribbean countries" and says it stems from talks between Blatter and Mbeki, who was president at the time of South Africa's successful World Cup bid. He left office in 2008.

South Africa won the World Cup by beating Morocco 14-10 in a vote of FIFA's ruling panel of executives in Zurich in 2004. The U.S. DOJ alleges that vote was completely corrupted, with Warner, Blazer and an unnamed senior South American FIFA official -- believed to be former finance committee chairman Grondona, who authorized the payments -- all agreeing to take bribes to back South Africa.

Those three votes would have swung the ballot in South Africa's favour. A Moroccan bid official also attempted to bribe Warner with $1 million, the DOJ alleged in its indictment documents.

The DOJ said South Africa's $10 million was used to pay off Warner and Blazer four years after the vote and was channeled through FIFA to Warner and dressed up to look like legitimate funds for soccer development. Warner kept most of the money, while Blazer got around $750,000 out of the $1 million he was promised by Warner, according to the DOJ. The South American official doesn't appear to have received anything.