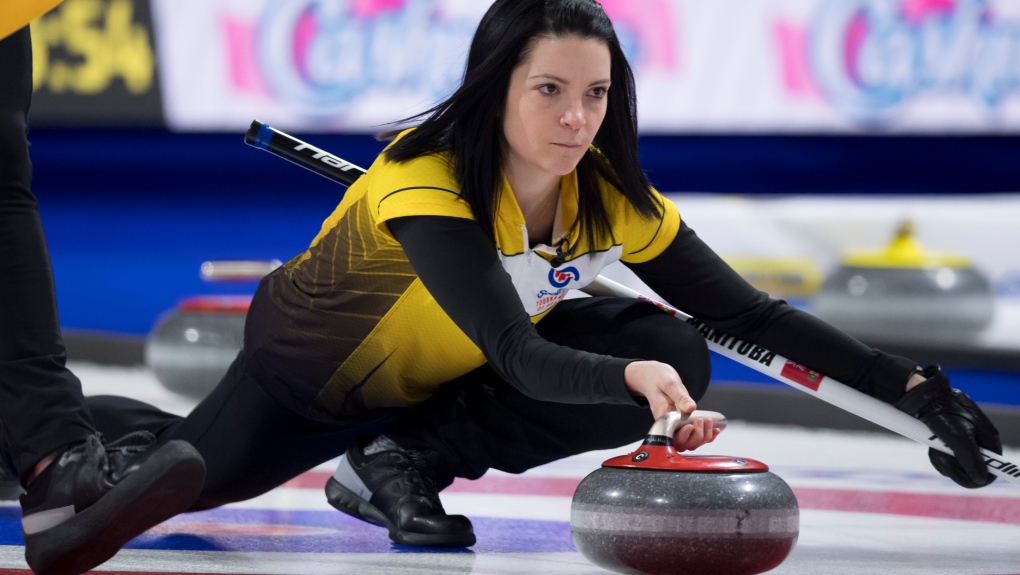 Manitoba's Kerri Einarson, Ontario's Rachel Homan and six-time champion Jones separated themselves from the pack with two wins apiece on the first day of the championship round to get to 8-1.

The trio will jockey Friday for seedings in Saturday's Page playoff. Einarson faces both Jones and Homan.

"Those two teams are playing really well also, so we'll have to keep doing all the good things we're doing," Einarson said.

A top-two ranking at the end of play Friday is an advantage.

First and second meet in the Page playoff between the top two seeds with the winner advancing directly to Sunday's final.

The loser drops to the semifinal to face the winner of the third and fourth seed in Sunday's semifinal.

"We wouldn't be happy just coming out and not playing well and limping into the three-four (playoff)," Homan said.

"That's not what we want. We want to make sure we're coming out and giving it our all and trying to win those games."

Jones meets Einarson in an all-Manitoba matchup Friday afternoon and caps the championship round against McCarville.

Her rested wild-card team downed a depleted Silvernagle 8-3 on Thursday.

Silvernagle and B.C.'s Brown won morning tiebreakers Thursday to avoid elimination and then played back-to-back draws in the championship round.

Including the previous evening's loss to Northern Ontario, the host province played in four straight draws.

"Your third game of the day, you're definitely going to have both mental and physical fatigue," Silvernagle said. "Especially when last night was maybe a five-hour sleep. We're running on very little sleep."

Jones shook hands after eight ends in an afternoon 10-5 win over Carey and again at night against the host province.

"We couldn't ask to be in a better position than we are right now," the skip said. "All in all feeling pretty good, but we're playing some really tough teams, so we have to feel really good."

Her team was stingy without last-rock advantage Friday, allowing the opposition to score two with the hammer in just three ends.

"It's just trying to control the front of the house and the front of the tee line," Jones said. "We've been making a lot of really good draws around some guards and making them make some really hard shots, which is the key to success really.

"You want them making harder shots than you."

The championship round was incorporated into the format of the national women's and men's curling championship in 2018.

Instead of a straight round-robin in which each team plays all others, 16 teams are divided into two seven-game pools with eight emerging for the championship round.

Brown locked up the last berth in Pool B with a 5-4 tiebreaker win over Nova Scotia's Mary-Anne Arsenault.