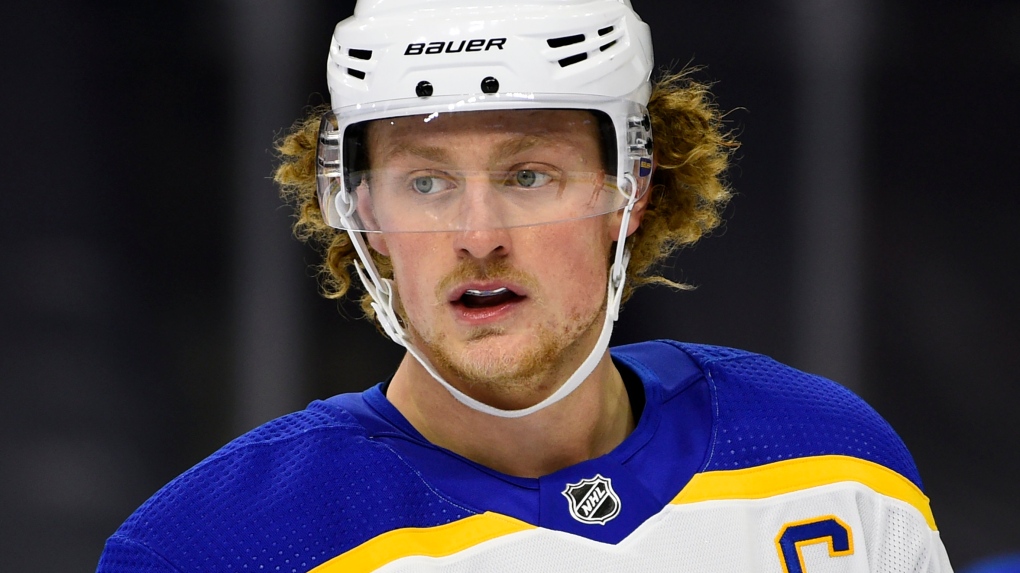 Sabres captain Jack Eichel will travel to Buffalo for his pre-training camp physical this week amid questions of whether he'll be cleared to play, and his future with the team in limbo, a person with direct knowledge of the player's plans told The Associated Press on Saturday.

The person spoke on the condition of anonymity because discussions between Eichel and the Sabres have been private. The Sabres are conducting their player physicals on Wednesday, a day before opening training camp.

Eichel has been sidelined since March with a herniated disk sustained in a game against the New York Islanders. The injury has created a widening rift between the player and the team over how it should be treated in what has become an offseason-long standoff.

Eichel favours having artificial disk replacement surgery. The Sabres are against him having the procedure because it has never been performed on an NHL player.

The difference of opinion over how to treat the injury led to Eichel questioning whether he wants to continue playing for Buffalo.

The Sabres have been actively shopping the face of their franchise for much of the summer, but have yet to attract what they deem to be a fair offer.

General manager Kevyn Adams in July said he wouldn't consider it a distraction if the captain was still on the roster once training camp opened.

"I'm worried about doing what's right for the Buffalo Sabres," Adams said. "That's why I take the emotion out of it, look at what's best for us moving forward. And if there's something that makes sense, we'll do it."

The 24-year-old Eichel has five years left on an eight-year, $80 million contract and features a no-trade clause which kicks in next summer.

The change came a month after Eichel's former agents, Peter Fish and Peter Donatelli released a statement intended to place pressure on the Sabres in a bid to spur a trade. They wrote the "process is not working," and contradicted Adams by saying the team went against its own medical staff's recommendation in approving Eichel having artificial disk replacement surgery.

On the day Saskatchewan asked the federal government for help to deal with surging COVID-19 hospitalizations, Premier Scott Moe granted the province could have acted sooner on a renewed mask mandate or proof-of-vaccination policy.

A gang that kidnapped 17 members of a U.S.-based missionary group, including one Canadian, is demanding US$1 million ransom per person, although authorities are not clear whether that includes the five children being held, a top Haitian official told The Associated Press on Tuesday.

'I'm heartbroken by this': Celine Dion delays opening of Las Vegas shows due to medical reasons

Just weeks before Céline Dion was set to return to the stage in Las Vegas, the Quebec superstar is delaying her show due to "unforeseen medical symptoms," her team said in a news release.