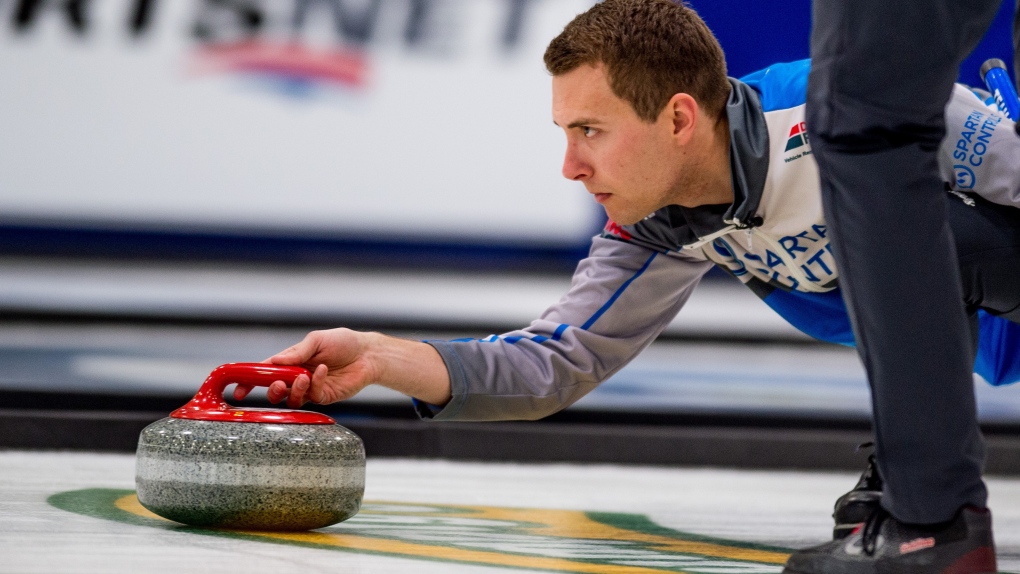 FILE - Skip Brendan Bottcher releases his first rock during the fourth end of the men's final of the Humpty's Champions Cup against Team Koe in Saskatoon SK., on Sunday April 28, 2019. THE CANADIAN PRESS/Matt Smith.

NORTH BAY, Ont. -- Edmonton's Brendan Bottcher cruised past Winnipeg's Mike McEwen 11-4 in five ends on Tuesday at the Masters, the first event of the Grand Slam of Curling season.

The Masters is the first of six Grand Slam of Curling events and one of four majors in the series.

The total prize purse is $300,000 and is split evenly between the men's and women's divisions. Winners receive the lion's share plus berths towards the season-ending Humpty's Champions Cup