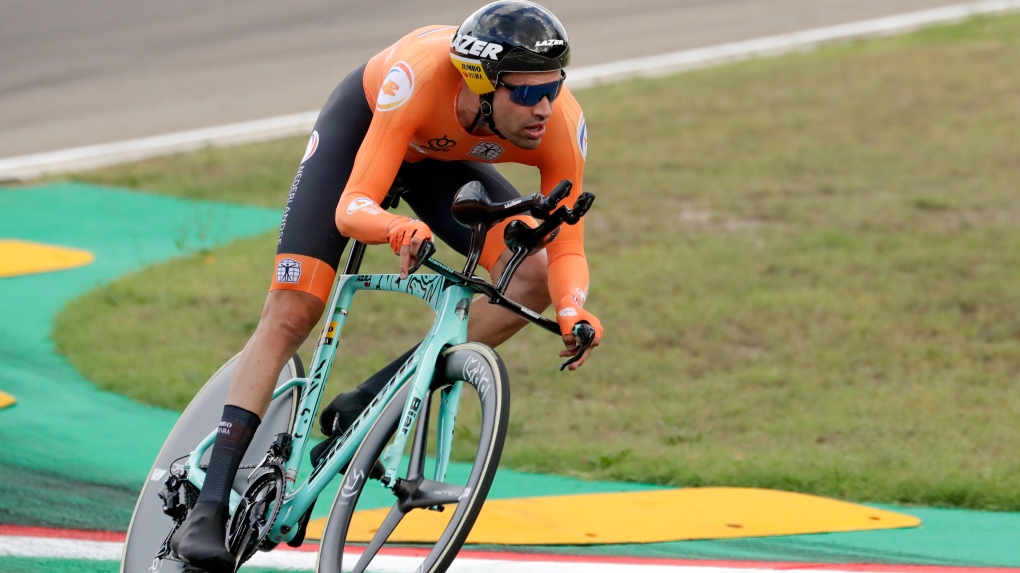 THE HAGUE, NETHERLANDS -- Dutch cyclist Tom Dumoulin is returning to racing next month, six months after taking a break from the sport to consider his future.

The 30-year-old former time-trial world champion will begin his comeback at the Tour de Suisse on June 6, the Jumbo-Visma team said Thursday.

Dumoulin “also has the ambition to go to the Olympic Games in Tokyo,” the team said.

Dumoulin's decision to return to the professional ranks came after he “recently found the joy in cycling again,” Jumbo-Visma said.

Dumoulin, a time-trial specialist who also is a strong multi-stage tour rider, won the 2017 Giro d'Italia and finished second in the Tour de France a year later. But he struggled with injuries in recent seasons and said when he announced his break from cycling in January that he also was weighed down by the pressure to perform.