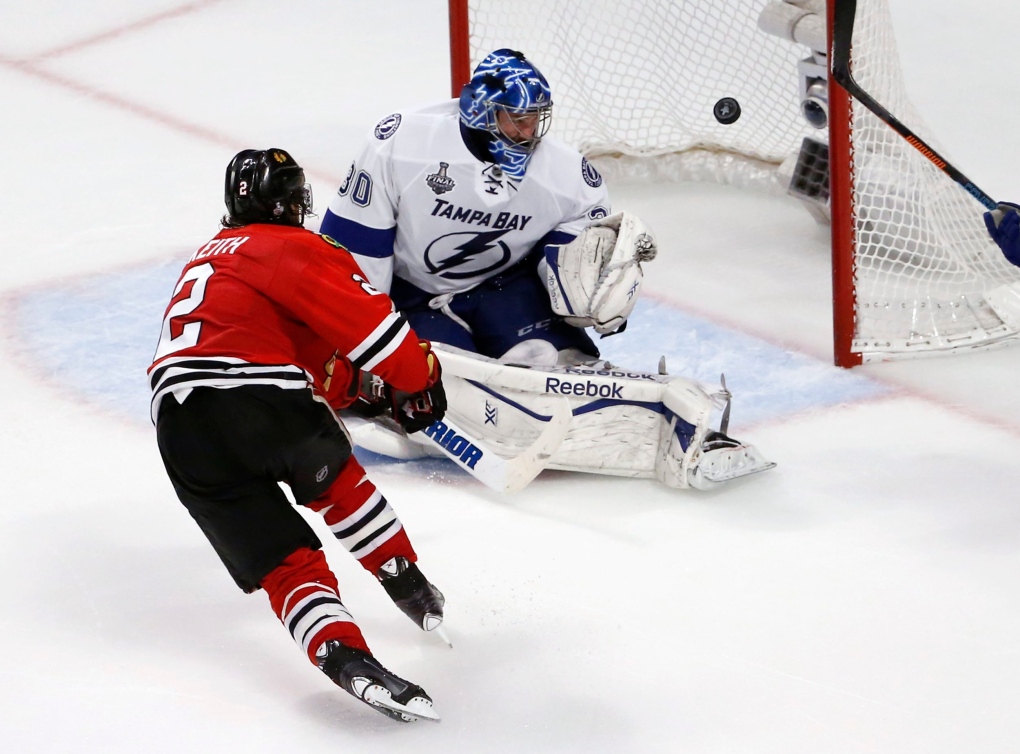 CHICAGO -- Duncan Keith played more minutes than anyone else in the Stanley Cup playoffs and had the biggest impact.

So it was a no-brainer that Keith would take the Conn Smythe Trophy as playoff MVP after leading the Chicago Blackhawks to their third Stanley Cup in six years. Keith was a unanimous choice.

Keith averaged 31 minutes six seconds a night during the Blackhawks' 23-game journey and led all playoff scorers with 18 assists. He also added the game-winning goal in Game 6 as Chicago shut out the Tampa Bay Lightning 2-0.

"That guy was unbelievable," goaltender Corey Crawford said. "I don't think I've seen anyone play any better. Whenever we needed a big goal or a big play it seemed like he made it."

The 2010 and 2014 Norris Trophy winner as the NHL's best defenceman was consistently the Blackhawks' best player. He joined Bobby Orr, Larry Robinson, Brian Leetch and Nicklas Lidstrom as the only players to win the Norris twice and the Conn Smythe.

"No one more deserving," said teammate Brad Richards. "Right from the first game against Nashville, I saw a different level of hockey that I'm not sure I've ever seen on my team. Just how he kept doing it and never showed any signs of fatigue."

Keith, who finished with 21 points, played all situations and in the final played a big part in shutting down the Lightning's Steven Stamkos and productive "Triplets" line.

"He's the guy that plays basically every other shift all year long," general manager Stan Bowman said. "It's tough to do. Here we are in Game 6 of the final, and he did it again, so hats off to him."

Keith is the first defenceman to win the Conn Smythe since Scott Niedermayer of the Anaheim Ducks in 2007. It's the 10th time a defenceman won the trophy since its inception in 1965.

Watching from his home in Sweden, Lidstrom was impressed with Keith's playoffs. Lidstrom said Keith was "getting better and better with more ice time."

All along, the Winnipeg native brushed off concerns about being tired. On the ice with the Cup he deflected praise.

Keith played over 80 minutes more than the next-closest player, Hedman, who was the front-runner to win had the Lightning captured the Cup. In Game 6, he eclipsed the 700-minute mark in this post-season, joining Drew Doughty, Chris Pronger and Lidstrom as the only players to do that.

After hitting that milestone, Keith added the icing on his Conn Smythe bid with the Cup-winning goal. His initial shot went off Tampa Bay goaltender Ben Bishop, so he followed it to the net and fired it home.

Keith had the Conn Smythe wrapped up by then, but another brilliant performance was only fitting.

"Dunc's is the man," forward Patrick Sharp said. "He earned that trophy tonight. Best defenceman in the world. Happy to play with him."