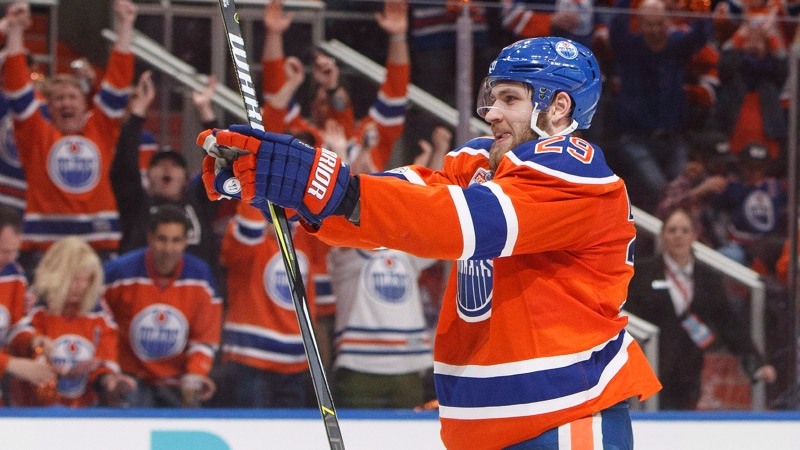 Edmonton Oilers' Leon Draisaitl (29) celebrates a goal agains the Anaheim Ducks during the second period in game six of a second-round NHL hockey Stanley Cup playoff series in Edmonton on Sunday, May 7, 2017. (THE CANADIAN PRESS/Jason Franson)

The award is presented annually to the "most outstanding" player in the NHL, as voted by members of the National Hockey League Players' Association.

All three players are seeking their first Ted Lindsay Award. MacKinnon was a finalist in 2017-18.

This report by The Canadian Press was first published July 14, 2020.