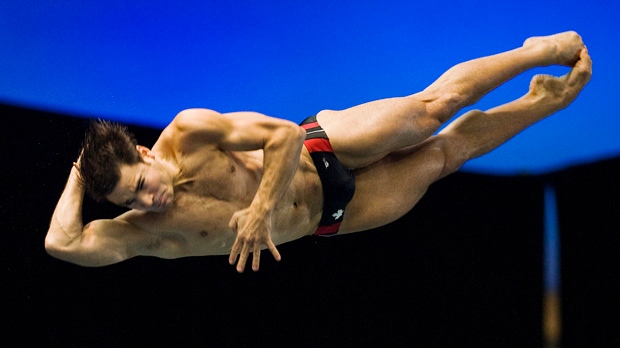 Alexandre Despatie performs a dive during the three metre open final at the Canada Cup diving competition in Montreal on Sunday, May 6 , 2012. (The Canadian Press/Graham Hughes)

MONTREAL -- Diver Alexandre Despatie has announced that he will undergo surgery to correct bursitis and tendinitis in his left knee and will be out of action for several weeks.

The Montreal native said the surgery will take place Wednesday and "will be followed by several weeks of convalescence to ensure proper healing."

"I have decided to take the time to solve a problem with my knee that has persisted for over a year," he said Tuesday in a statement. "After the surgery, I will evaluate everything with my doctor and my coach to determine the best program in order to resume training as soon as possible.

"I am confident that this is the right decision as it will allow me to go back to training healthy and strong."

The 27-year-old Despatie was a silver medallist on the three-metre springboard at the 2004 and 2008 Olympic Games. He is the only diver to have won world championships in all three of the one-metre, three-metre and 10-metre events.