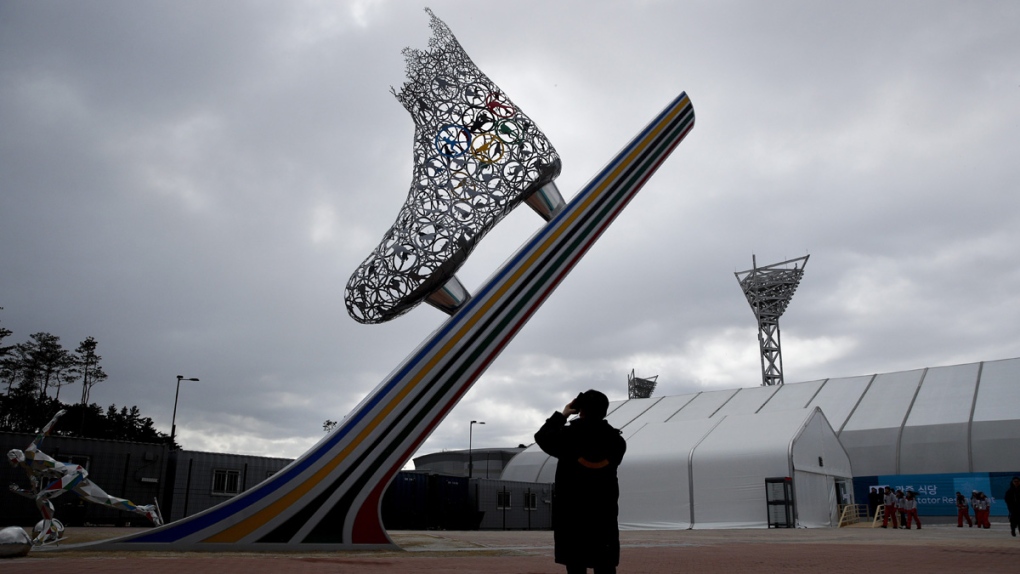 An installation near the Gangneung Hockey Centre at the Olympic Park in Gangneung, South Korea, on Feb. 2, 2018. (Jae C. Hong / AP)

The Olympic facilities are split up in two areas. A mountain cluster and a coastal cluster. We got a chance to visit both, and try to find our way around. Gangneung is the town where hockey, curling and skating events will unfold.

A few streets over from the venues, there is a bustling market, where merchants sell dried fish, fried chicken, and pancakes. There we found a 72 year old woman, tending her stall. 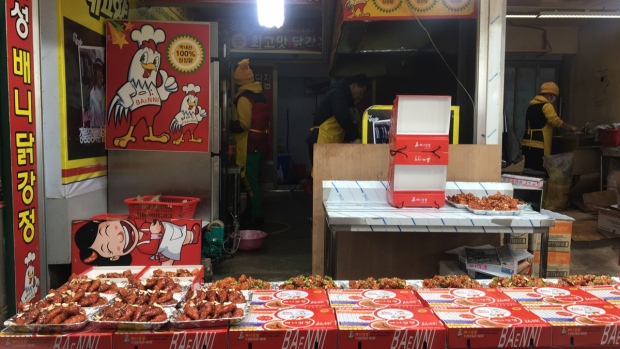 She spoke in awe about her childhood home in a rural area of the country, now linked to Seoul via a high speed train line and a newly built highway, thanks to the Olympics.

And a little more on the road to Pyeongchang: For some it is a heart wrenching dead end. Alpine skier Erik Guay announced he is pulling out of the Games suffering from back pain. So close. His dream of landing an Olympic medal, the one piece of hardware he does not have, gone. Just like that.

We interviewed Erik Guay at his home on a beautiful piece of land near Mont-Tremblant Quebec in the fall.

He was thrilled at the prospect of getting another shot at the Olympics. He told me then:

“The medal that is missing of course is the Olympic one. I have come close. In Turino I was fourth, I came fifth twice in Vancouver, but I was never quite able to get on that podium. In skiing we are dealing with hundredths of a second, so one little mistake and you are out of the running. So, I am asking a lot but I am hoping that this time around it will be my turn. I am healthy and motivated and looking forward to it.”

That was his last shot at the games, he confirmed.

But while we walked in the wooded area near his house, his big dog jumping and running, that he had a lot more than skiing in his life now. And so, he will be watching the games, likely with a heavy heart, but with His family, his four children, by his side.