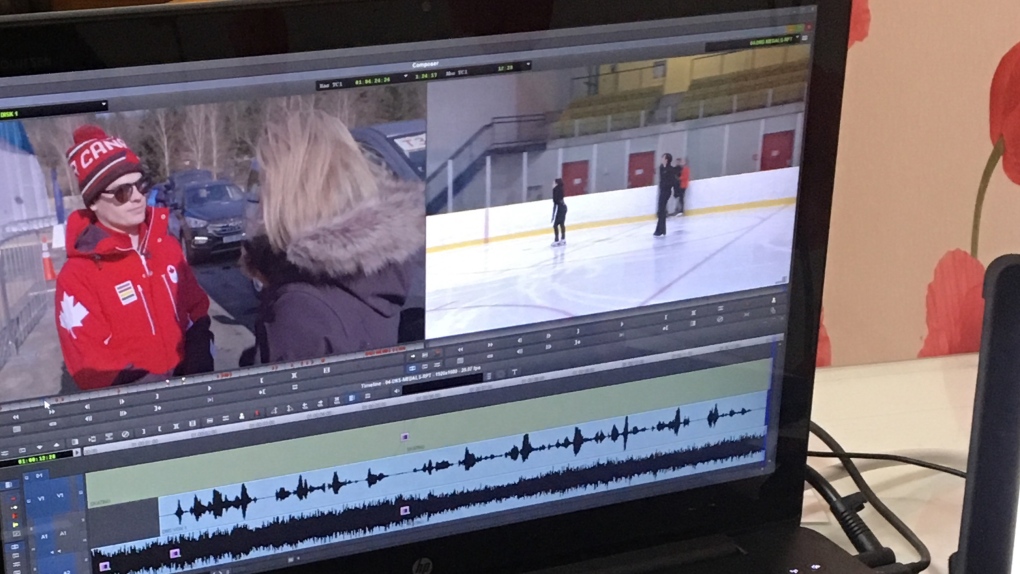 Earlier this fall, we met up with freestyle skier Mikael Kingsbury. He has been dominant on the World Cup circuit, putting in win after win this season, and is going after a gold medal at these Games, after coming second to another Canadian, Alexandre Bilodeau, in 2014.

He told us that he had enjoyed the test event held here in Pyeongchang, and that while it was cold, that’s how he likes it. The winds from Siberia, and minus 20 temperatures may be uncomfortable for spectators but he’s fine with them.

“I know it sucks for them. It is not great to be shivering out there. But for me, the snow conditions work when it is cold.”

We met up with Kingsbury in the windswept mountains near the hill where he will compete in a few days today. It is considered to be the coldest region in South Korea. That’s in part because of the elevation that has prompted the locals to call Pyeonchang the first village under the sky. But the wind from Siberia and a curious bone chilling damp air also contribute to frostbite inducing weather.

While he waited for us to interview him, Kingsbury was jumping up and down, scrambling to keep warm. We talked about the cold, puzzling as to why we, hearty Canadians and all, seemed so ill equipped to deal with this kind of weather.

But Kingsbury only hates the cold when he is standing still, and as the temperatures dip, his hopes and expectations rise that he could land that gold.