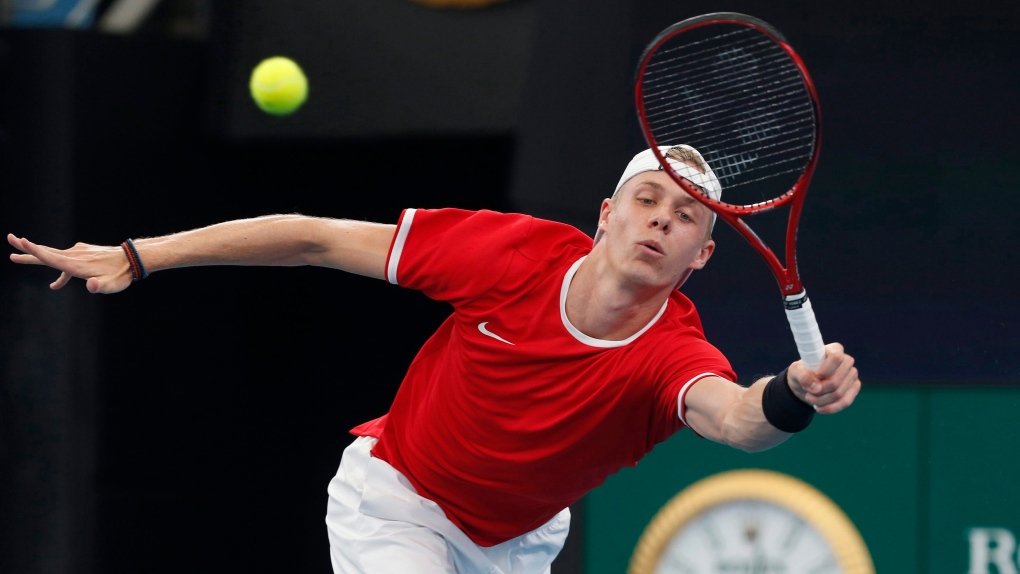 Denis Shapovalov of Canada plays a shot against Novak Djokovic of Serbia during their ATP Cup tennis match in Sydney, Friday, Jan. 10, 2020. THE CANADIAN PRESS/AP-Steve Christo

Shapovalov, the top-ranked Canadian at a career-high No. 13, received a bye into the second round.

The 146th-ranked Pospisil, from Vancouver, qualified for the ATP Tour 250 event by winning two matches before beating Joao Sousa of Portugal in the first round.

The 20-year-old Shapovalov, from Richmond Hill, Ont., and Pospisil were squaring off for the first time on tour at the Auckland event.

The two led Canada to a runner-up finish at the Davis Cup Finals in November in Madrid.

Both players have main-draw spots in next week's Australian Open, the season's first Grand Slam.

Shapovalov went 2-2 against top-20 opponents last week at the ATP Cup team event in Australia, beating then-No. 6 Stefanos Tsitsipas and No. 7 Alexander Zverev and losing three-setters to No. 2 Novak Djokovic and No. 18 Alex de Minaur.