Dabrowski loses in mixed quarterfinals as Canadians bow out at Wimbledon 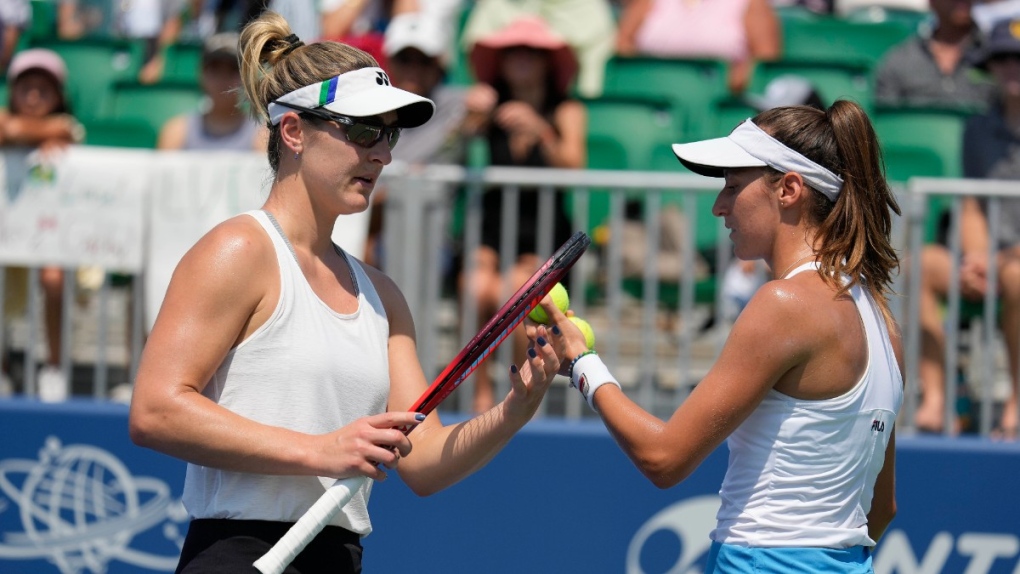 LONDON -- Ottawa's Gabriela Dabrowski and Australian partner John Peers were eliminated in the mixed-doubles quarterfinals at Wimbledon on Monday, ending Canada's involvement in the professional draws at the grass-court Grand Slam.

Peers and Dabrowski, seeded fourth in the tournament, combined for 13 aces but converted just one of their three break point chances. Pavic and Mizra broke their opponents twice on three opportunities.

Pavic is a former partner of Dabrowski. They won the Australian Open in 2018 and reached the French Open final in 2018 and 2019.

Dabrowski and Mexican partner Giuliana Olmos were eliminated from the women's doubles event on Sunday with a 6-4, 6-3 loss to Americans Danielle Collinas and Desirae Krawczyk.

The Canadians in the singles main draws -- Denis Shapovalov, Bianca Andreescu, Felix Auger-Aliassime and Rebecca Marino -- were eliminated over the first two rounds at the All England Club.

Several Canadians are still playing in the junior draws at Wimbledon.