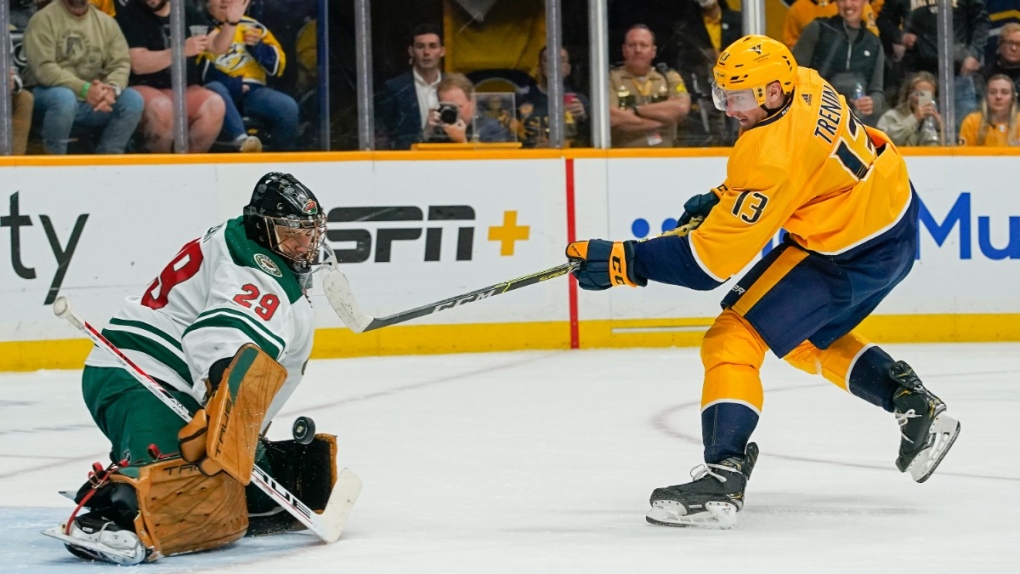 NHL teams playing in the Czech capital next month have been told their Russian players are not welcome.

The Czech Foreign Ministry has told the NHL of its stance because of Russia's invasion of Ukraine. The ministry declined to say whether the NHL has replied.

The Nashville Predators and San Jose Sharks are to play regular season games on Oct. 7 and 8 at Prague's O2 Arena. The travel rosters have not been finalized but Nashville has forward Yakov Trenin and San Jose has forward Evgeny Svechnikov. Defenceman Nikolai Knyzhov won't be available for the Sharks due to an injury.

"We can confirm that the Czech Foreign Ministry has sent a letter to the NHL to point out that, at this moment, the Czech Republic or any other state in the (visa free) Schengen zone should not issue visas to the Russian players to enter our territory," Deputy Foreign Minister Martin Smolek said in a statement.

The ministry added it informed the league "about ongoing negotiations about banning entry for those citizens of the Russian Federation who already had received valid visas before."

The ministry said a ban on Russian athletes in sports events in European Union countries was also recommended by EU sports ministers.

The Czech Republic was one of the first EU countries to stop issuing visas to Russian nationals following the February invasion of Ukraine. Exceptions include humanitarian cases and people persecuted by Russia President Vladimir Putin's regime.

The NHL is coming back to Europe for its first games outside of North America since the start of the pandemic.

Besides the two games in Prague, the Colorado Avalanche and Columbus Blue Jackets will play another two in Tampere, Finland, on Nov. 4-5. The Finnish government's position on Russian players was not immediately clear.

Czech NHL great Dominik Hasek has led the opposition to Russian players coming to Prague since the games were announced in April. Hasek approached the the upper house of Parliament, the Senate, the government and the Foreign Ministry about the issue.

"It's very important for the support of our Ukrainian ally and safety of our citizens," Hasek said in an interview for a Russian broadcaster. After it was not aired in Russia, he published it in Czech media.

"Yes, we don't want any promotion of the Russian aggression here," Hasek posted on Twitter after the ministry's move. "We're guarding our lives and the lives of our allies in the first place."