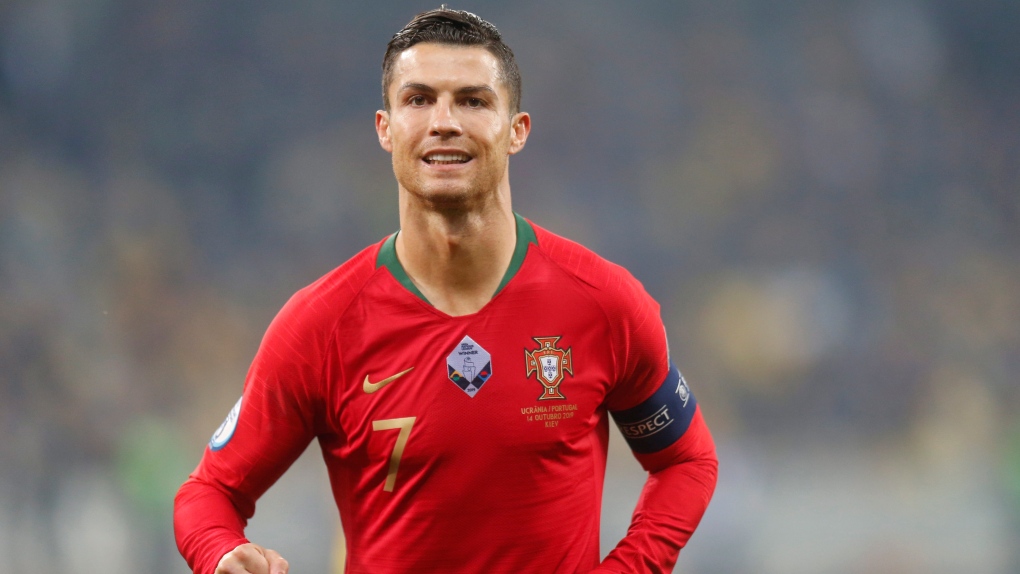 Cristiano Ronaldo is now just two goals shy of reaching an astonishing century after the superstar netted yet another hat-trick in Portugal's 6-0 demolition of Lithuania Thursday.

The forward's treble ensured his side is now just one win away from Euro 2020 qualification, which it can secure against Luxembourg Sunday.

Ronaldo, who has now scored 98 goals for his country, will also have the chance to become only the second man in history to reach 100 international goals.

His latest hat-trick was his ninth in a Portugal shirt and he showed no signs of the knee problems seemingly hampering his playing time at Juventus in recent weeks.

Having scored the opener from the penalty spot, Ronaldo doubled his tally with a trademark strike for distance before completing his treble with a finish from within the box.

"I never had any doubts about his condition, it was other people who had them. Nothing surprises me about Cristiano," said Portugal manager Fernando Santos, speaking of Ronaldo's fitness.

Bernardo Silva was also on the score sheet after a week to forget -- the Manchester City forward was suspended and fined for a "racist" tweet about teammate Benjamin Mendy.

Afonso Fernandes and Mendes Paciencia scored the game's other goals.

Elsewhere, England secured its place at Euro 2020 with a dominating display against Montenegro in its 1000th international game.

Gareth Southgate's side certainly put on a show at Wembley, with captain Harry Kane scoring a first half hat-trick to help England on its way to a 7-0 win.

Marcus Rashford, Alex Oxlade-Chamberlain and Tammy Abraham all added to an unfortunate own goal to complete a successful night for the Three Lions.

However, the shine was somewhat taken off the night after pockets of fans booed Joe Gomez as the youngster came on as a substitute in the second half.

The defender had been involved in a row with Raheem Sterling earlier in the week, with the Manchester City forward being dropped for the game as a result.

However Sterling, who watched on from the stands, clapped his teammate onto the pitch and took to social media afterward to condemn the negative reaction from the crowd.

"It was hard for me to see my teammate get booed for something that was my fault," Sterling tweeted.

"Joe [Gomez] hasn't done anything wrong & for me to see someone who keeps his head down and work hard especially after a difficult week for him to be booed when he came on tonight was wrong."