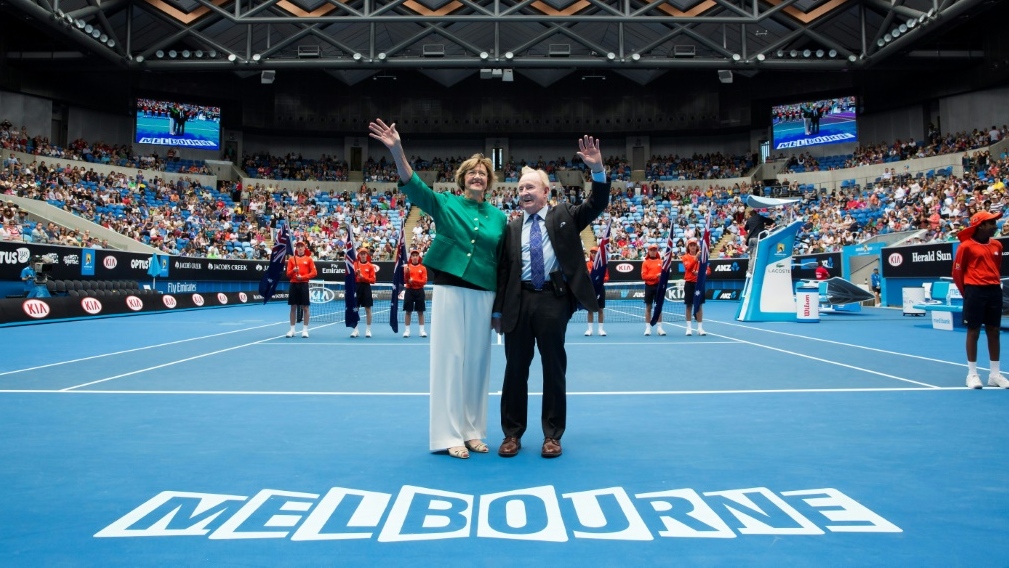 MELBOURNE, AUSTRALIA -- Margaret Court is one of Australia's greatest athletes, but celebrating 50 years since she won all four Grand Slam titles in a season is posing a dilemma for Australian Open organisers with her conservative views angering the tennis world.

Court's comments, including that the devil controls the government and media, and that tennis is "full of lesbians", threaten to impinge on a legacy that includes a record 24 Grand Slam titles.

Court, who is now 77 and a church pastor, swept all four majors in 1970 -- a feat matched by only four other players.

But marking the 50th anniversary is not proving straightforward, even at the event where she won 11 of her 24 Grand Slam trophies and where one of the stadiums bears her name.

Court has drawn condemnation for remarks that transgender children are the result of a Nazi-style plot, and that she would boycott national airline Qantas for its CEO's support of same-sex marriage, which Australia introduced in 2017.

Her stances have enraged some of her fellow tennis greats including Billie Jean King, the founder of the Women's Tennis Association who called for Melbourne's Margaret Court Arena to be renamed.

"We don't need to change or rewrite history when it comes to anyone's accomplishments but we do not need to celebrate them," added Navratilova, a staunch supporter of gay rights.

"Margaret Court is hiding behind her Bible as many have done before her and will do after her."

The polarising Court has created an awkward predicament for Tennis Australia, which has agreed to mark her achievements at the Australian Open -- but made clear it does not share her opinions.

"As often stated, Tennis Australia does not agree with Margaret's personal views, which have demeaned and hurt many in our community over a number of years," said the statement announcing her anniversary celebration.

"They do not align with our values of equality, diversity and inclusion."

Court's situation contrasts with that of fellow Australian great Rod Laver, who won all four Majors in a season for the second time in 1969.

Laver, who remains a popular and revered figure in the sport, was warmly welcomed and feted at the Australian Open on his 50-year anniversary last January.

As a measure of Court's achievements, her record of 24 majors -- albeit largely compiled in the amateur era and with the 11 in Australia coming when foreign competitors habitually stayed away -- has stood since 1973. American Serena Williams is one behind on 23.

Folau, who sued Rugby Australia and settled out of court, won backing from Australian conservatives including Court, who said he was being "persecuted".

"I understand why Israel is doing this: you want everybody to know Christ and under it all there is a great love for your nation and you want people to know what you have received," she told The Australian newspaper.

"That means drug addicts, gays, alcoholics: they all come to my church and I love them and I'm sure Israel loves them too.

"What he is saying about repenting is straight out of the Bible. My heart goes out to him because he's being persecuted."