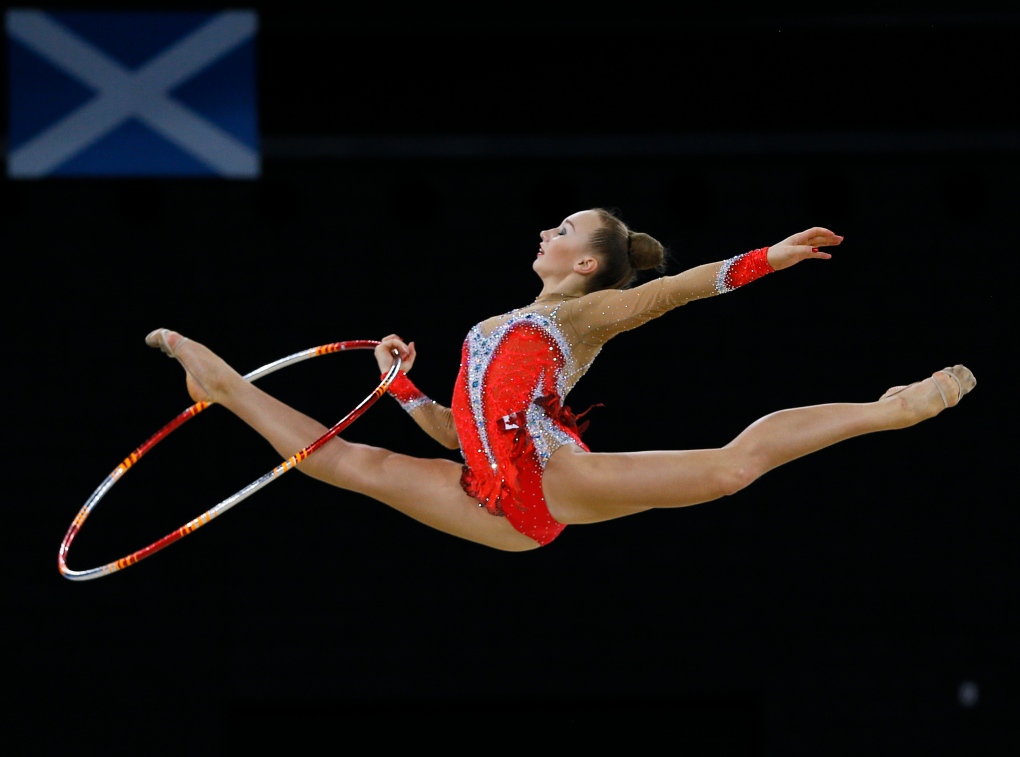 Gold medalist Patricia Bezzoubenko of Canada performs in the Individual Hoop final during the Commonwealth Games in Glasgow, Scotland, on July 26, 2014. (AP/Kirsty Wigglesworth)

The Vancouver-born Bezzoubenko, who grew up in Moscow and holds Russian citizenship, won the individual all-around title and led Canada to a victory in the team event.

Gunning for a gold-medal sweep on Saturday, the 17-year-old won golds in three apparatus -- hoop, ball and clubs -- before finishing third in the ribbon.

"Nobody's perfect. . . I am proud," Bezzoubenko said. "This is my life and my accomplishments. I feel amazing, here at my first Commonwealth Games. I am happy for my country and my coaches. So happy to compete for Canada."

Bezzoubenko trains with members of Russia's national team in Moscow where she lives with her parents. The five-foot-four gymnast has competed for Canada for the past five years, ever since a Russian coach pointed her out to Svetlana Joukova -- her Russian-born Canadian coach.

Bezzoubenko lived in Vancouver until her parents returned with her to Moscow when she was four. She lists Thornhill, Ont., as her hometown.

She was attempting to match the mark set by Canada's Alexandra Orlando, who swept all six gold medals eight years ago at the Commonwealth Games in Melbourne, Australia.

"I did my work and didn't think about medals; this was a good performance for me," she said.

Bezzoubenko is a three-time Canada junior champion and won the national senior title the past two years.

In Pictures: Going for gold: The 2014 Commonwealth Games