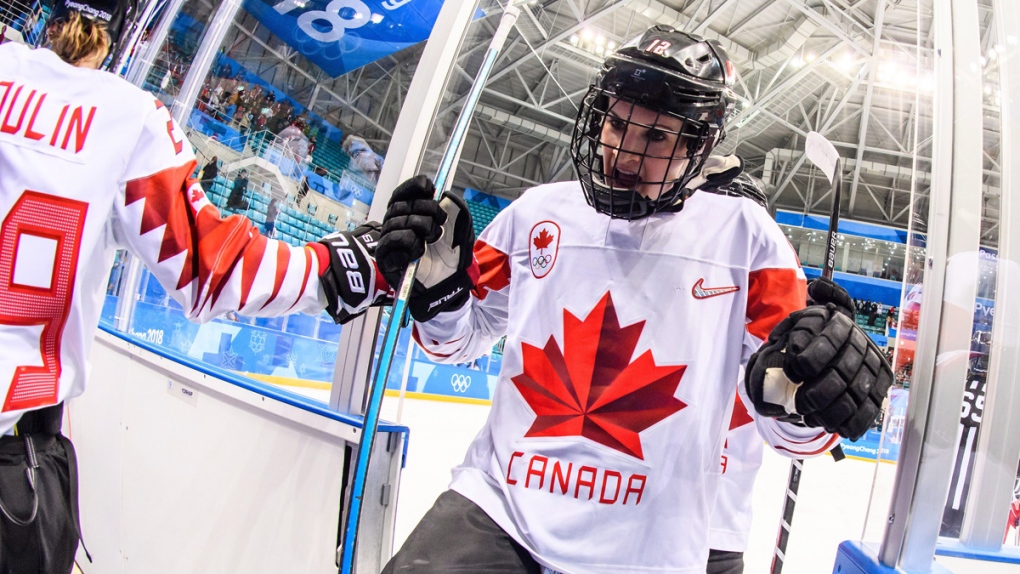 That is, and has been, the story when Canada and the United States meet for Olympic gold in women's hockey.

The U.S. has beaten Canada in seven of the last eight world championship finals, while the Canadians have bested the Americans in two Olympic gold-medal games over the same time frame.

There is little to separate the hockey rivals when they meet again Thursday -- late Wednesday night in North America -- for gold in Pyeongchang.

Canada seeks a fifth straight gold, while the U.S. wants back atop the podium where it was when women's hockey made its Olympic debut in 1998.

"You often like to say it comes down to who wants it more," Canadian forward Brianne Jenner said. "There's no question both these teams want it as bad as possible."

The six months they are centralized prior to the Winter Games gives the Canadians time to work on countering the relentless U.S. attack, while stepping up their own offence.

That's a luxury the Canadians don't have at a world championship.

Canada's women rescued gold four years ago in Sochi, Russia, where they tied the game with 55 seconds left in regulation before winning 3-2 in overtime.

As they did for Sochi, the Canadian women played almost 30 games this winter against male triple-A teams in the Alberta Midget Hockey League prior to arriving in South Korea.

The pace of those games approximates playing the U.S. women.

In the eight games Canada and the U.S. played this winter prior to the Winter Olympics, Canada started 1-3, before winning four in a row in December.

Canada also beat the Americans 2-1 in the preliminary round in Pyeongchang despite being outshot almost 2-to-1.

"We came together in May last year and were coming off three straight world's losses to the U.S.," Jenner said.

"We worked our tails off off the ice. We changed our systems a little bit. We had some success in that series against them.

"We certainly are going to take that experience and build off it because we certainly do feel confident where we're at."

But the U.S. women are bringing an intangible to Thursday's tilt that they didn't have four years ago.

Veteran players galvanized about 100 players in and outside the national team pool to wring financial concessions and more team support out of USA Hockey.

They threatened to boycott the 2017 world championship in Plymouth, Mich., and thus have no host team there.

Their success forged a bond among the Americans and reinforced belief in their own power.

"I think we've shown this group does extraordinary things in big moments and that's what we're looking forward to in the gold-medal game, to do something extraordinary," U.S. forward Hilary Knight said.

Canadian coach Laura Schuler has given little away with her choice of goaltender for the final. She started all three in the preliminary round with Genevieve Lacasse earning a 44-save win against the U.S.

Whether Schuler goes with the tried and tested Szabados, or opts for Lacasse, Canada's goaltender be a key figure in Canada's fortunes Thursday when faced with the quick and creative U.S. forwards.

Maddie Rooney, 20, has started three games for the Americans in Pyeongchang and is their likely starter Thursday.

Discipline and special teams will be pivotal as the U.S. power play is operating at 25 per cent and Canada's just above 18 in the tournament.

There are women's pro hockey leagues on both sides of the border, but Olympic gold is still the pinnacle of the women's game.

"I think it's awesome on the world's biggest stage for everybody to watch two powerhouses go at it," Schuler said.