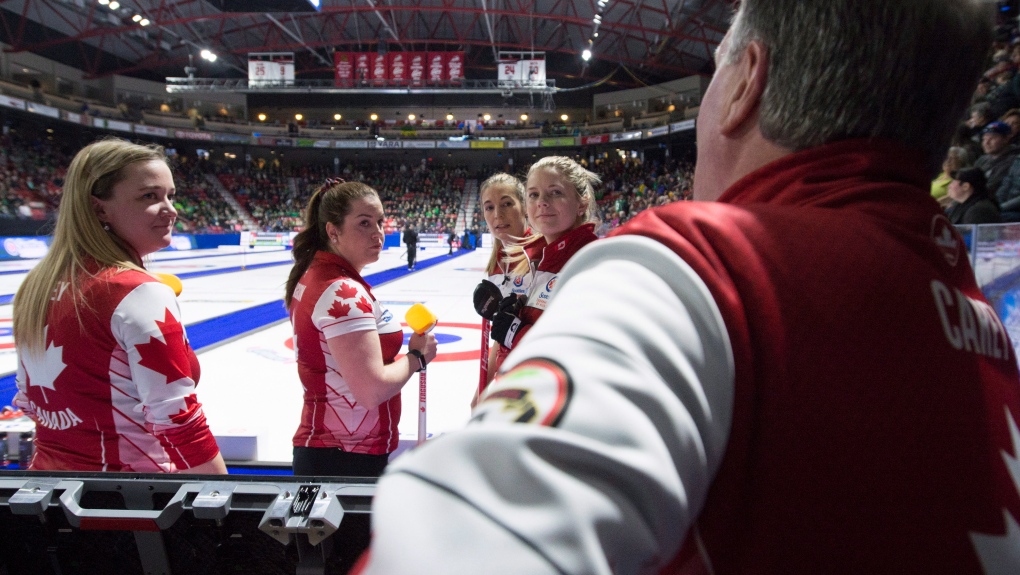 MOOSE JAW, SASK. -- An exchange between Chelsea Carey's coach and father Dan and an umpire at the Canadian women's curling championship became tense Monday when he told the official to "shut up."

Carey, the defending champion, called a timeout in the ninth end of a 6-5 extra-end loss to Manitoba's Kerry Einarson.

Dan walked to the away end of the ice to discuss strategy with the Calgary foursome.

He was approached by an umpire and became annoyed when told he was running out of time.

"I just got here. There's no way. Then let me talk. Shut up," he was heard to say on the television broadcast.

A Curling Canada spokesperson said following the game that the incident was under review.

Each team is allowed to call two 90-second timeouts per game.

"She told me I had 10 seconds left. I just got there," Dan Carey explained later. "They start the clock as soon as they said time out.

"I said 'that can't be.' She said 'five seconds' and then started talking to me.

"I'm trying to talk the team and she's still talking at me. If I've got five seconds left, let me talk.

"I probably shouldn't have said shut up, but I did."

He didn't know how long it took for him to walk from the coach's bench at the home end of the ice to the away end.

"I didn't have a stopwatch from when it was called," he said. "They tell you not to run. I'll tell you this. The next time the timeout is at the far end, I'm running."

This report by The Canadian Press was first published Feb. 17, 2020.

This is a corrected story. A previous version said Dan Carey played with Jim Ursel in 1992.