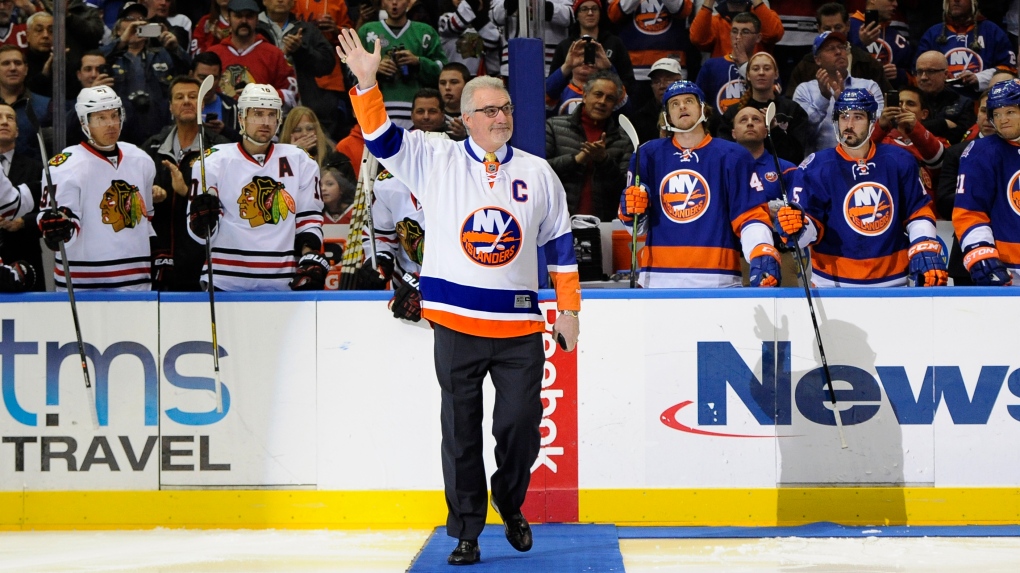 Clark Gillies, a Hockey Hall of Fame power forward and four-time Stanley Cup winner with the New York Islanders, died Friday, according to the National Hockey League. He was 67. No cause of death was given.

"The National Hockey League mourns the passing of Clark Gillies, a tower of strength on the ice for the dynastic New York Islanders of the early 1980s and a pillar of the Long Island community ever since," NHL commissioner Gary Bettman said.

The Saskatchewan native was selected fourth overall by the Islanders in the 1974 NHL draft. With the Islanders, he scored 304 goals and had 359 assists in 872 games over 12 seasons.

In 159 playoff games with the Islanders, Gillies collected 47 goals and 46 assists. One of 17 Islanders that won four consecutive Stanley Cups from 1980 to 1983, Gillies was a member of the group that won a league record 19 straight playoff series -- a record that still stands.

The left winger was on one of the decade's most successful forward lines, nicknamed the "Trio Grande," with two fellow future Hockey Hall of Famers, centre Bryan Trottier and right winger Mike Bossy. That line also led Team Canada to a second-place finish at the 1981 Canada Cup.

"The entire Islanders community is devastated by the loss of Clark Gillies," Islanders president and general manager Lou Lamoriello said. "He epitomized what it means to be a New York Islander. The pride he felt wearing the Islanders sweater on the ice was evident by his willingness to do anything to win. Off the ice, he was just as big of a presence, always taking the time to give back to the local community.

"The New York Islanders have four Stanley Cups because of the sacrifices he and the members of those dynasty teams made for the franchise. On behalf of the entire organization, we send our deepest condolences to the entire Gillies family."

After the Islanders' 4-0 home victory against the Arizona Coyotes on Friday, head coach Barry Trotz said that the forward will be missed.

"He was bigger than life," Trotz said. "When you saw Clark Gillies, you thought Islander. I mean there was no doubt. There was no gray area. Charismatic. He played the right way; he was part of the community.

"Everything that you think about an Islander, being a good teammate, a fantastic person, all those things. My heart dropped when I was told coming off the ice. He will be missed, you know, he really will."

In 2002, Gillies was inducted into the Hockey Hall of Fame. His bio page there reads: "He was a relentless competitor who was virtually unstoppable when the opposing team raised his ire."

Gillies would finish his career with 319 goals and 378 assists in the regular season, after playing two seasons with the Sabres.

Gillies created The Clark Gillies Foundation, a nonprofit corporation that assists physically, developmentally, and/or financially challenged children. The goal, according to the organization's website, "is to help children improve the quality of life and be of assistance in a time of crisis."

The Huntington Hospital pediatric emergency unit on Long Island has been named after Gillies and his foundation.