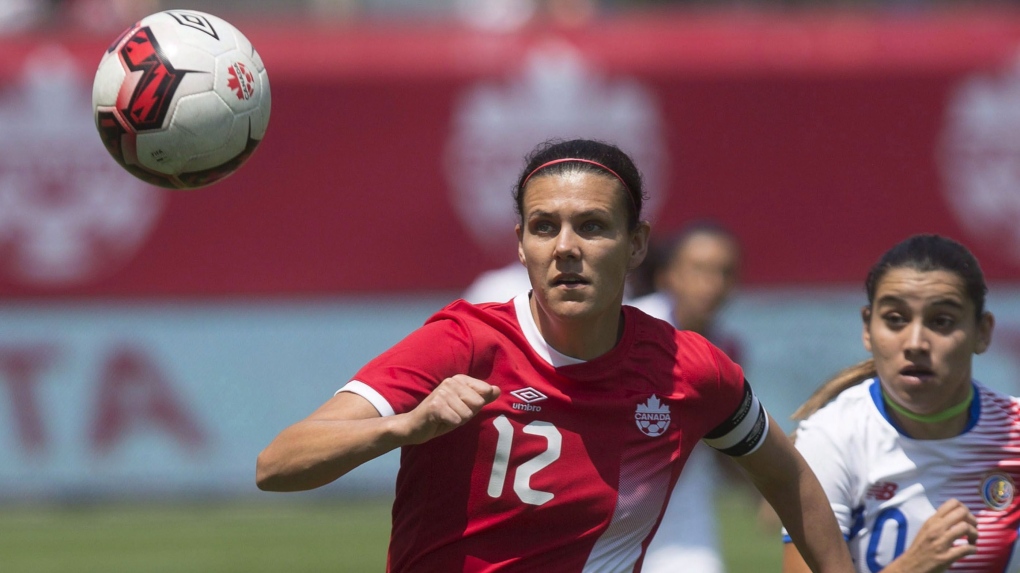 Sinclair, who was 17 in 2000 when honoured the first time, won the award last year for the 14th time. Davies, meanwhile, became the become the youngest winner of the men's award at age 18.

The annual award, introduced in 1993, celebrates achievements at both the international and club level with an emphasis on national team performances. All 24 senior nominees featured for Canada in 2019.

Nominees for Canadian Youth International Players of the Year include midfielder Olivia Smith, who became the youngest Canadian to debut with the national team when she came off the bench in early November in a tournament in China. Smith was aged 15 years and 94 days at the time.

Toronto FC academy forward Jacen Russell-Rowe, who scored both of Canada's goals at the recent FIFA U-17 World Cup in Brazil, is also among the youth nominees.

Derek Cornelius and Jordyn Huitema won the youth awards in 2018. Both are nominated for the senior award this year.

The 36-year-old Sinclair scored career goal No. 183 at the recent China tournament. She is one strike away from tying retired American Abby Wambach's world record of 184 goals.

Davies, 19, was a key contributor to Canada in its CONCACAF Nations League campaign while making his presence felt in the Bundesliga and Champions League for Bayern.

The nominees were chosen by the Canadian Soccer Association, with input from its coaches.

The Allstate Canadian National Teams Good Hands Award, which recognizes the top save by a Canadian national team goalkeeper, will be decided by a fan vote (www.CanadaSoccer.com/goodhands). The six saves up for the award are split evenly between Milan Borjan and Stephanie Labbe.

Nominees for Canadian Youth International Players of the Year

This report by The Canadian Press was first published Nov. 27, 2019.