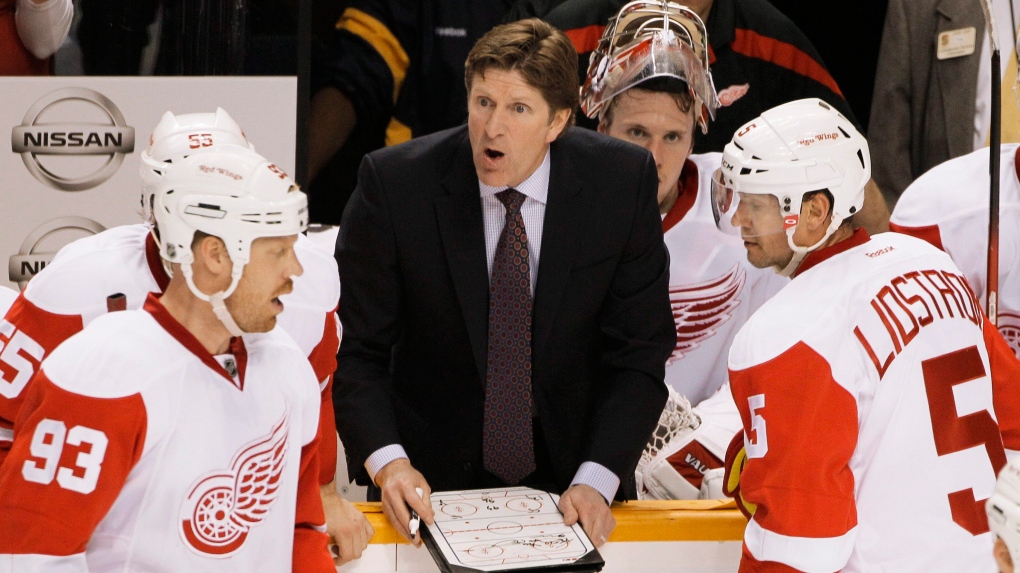 During an interview with the Barstool Sports’ podcast “Spittin’ Chiclets,” Hockey Hall of Famer Chris Chelios said he witnessed Babcock “verbally assault” teammate Johan Franzen while they played together on the Detroit Red Wings.

The three-time Stanley Cup champion recalled one particular game against the Nashville Predators during the 2012 playoffs when Babcock allegedly berated Franzen on the bench.

Chelios went on to say it got to the point where Franzen had a “nervous breakdown” on the bench and in one of the rooms following the game.

“That was probably the worst thing I’ve ever seen,” he said.

Franzen, himself, confirmed Chelios version of events during a recent interview with the Swedish newspaper “Expressen.”

“I get the shivers when I think about it. That incident occurred against Nashville in the playoffs… It was coarse, nasty and shocking, but it was just the tip of the iceberg… It was verbal attacks, he said horrible things,” Franzen is quoted as saying in an English translation of the interview broadcast on TSN.

The Red Wings winger acknowledged that Babcock was very good at putting a team together, but he's "the worst person I've ever met. A bully…”

At the time, Franzen said he was battling from post-traumatic stress disorder, anxiety, and depression following numerous concussions he received in his career. He retired in 2015 after 11 seasons in the NHL.

“From 2011 on, I was terrified of being at the rink. That’s when he got on me the first time. I just focused on getting out of bed every morning from that moment,” he told the newspaper.

The Franzen accusations comes a week after a report surfaced about Babcock’s questionable coaching methods when he coached then-Leafs rookie Mitch Marner in the 2016-17 season.

According to the report, Babcock asked the 19-year-old rising star to rank his teammates from hardest-working to least hardest-working and then he shared the list with the team.

Following intense backlash, Babcock confirmed to sports journalist Elliotte Friedman that he was “trying to focus on work ethic with Mitch” with the list and it “ended up not being a good idea.” The former head coach said he had apologized to Marner at the time.

Babcock isn’t the only hockey coach whose behaviour has been under the microscope in recent weeks.

Not long after Babcock’s dismissal, Calgary Flames head coach Bill Peters resigned over revelations he repeatedly used racial slur against forward Akim Aliu while he coached in the American Hockey League. Earlier this week, the Chicago Blackhawks confirmed they were conducting a review of assistant coach Mark Crawford after former NHL player Sean Avery accused him of kicking him on the bench while he was playing for the Los Angeles King.