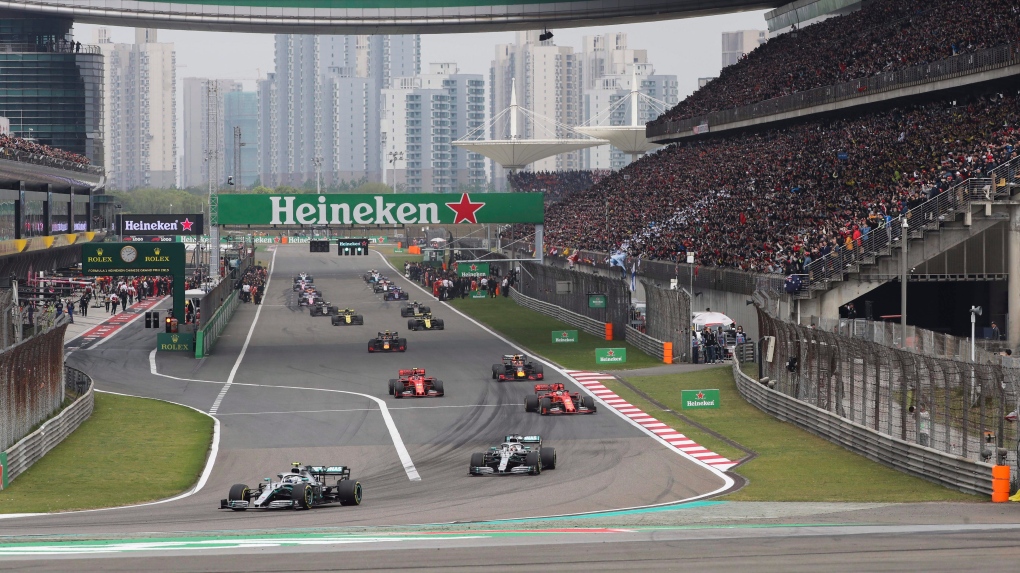 Formula One will publish a record 23-race 2022 calendar on Friday but the Chinese Grand Prix in Shanghai is set to be absent for the third year in a row.

Multiple sources told Reuters on Thursday that China was not on a draft schedule presented to teams on Wednesday but would feature as a possible reserve for later in the season in the event of another round dropping off.

Formula One sees China as a key growth market but the race, usually in April, was canceled in 2020 and this year due to the COVID-19 pandemic and travel restrictions.

Italy's Imola circuit, brought back as a stand-in for canceled races this year and last, is expected to take China's slot while Miami comes in as a second round in the United States.

This year's Chinese Grand Prix was originally postponed from April to later in the year due to the pandemic and then canceled, with a revised 22-race calendar published.

China will be hosting the 2022 Winter Olympics in Beijing in February and has canceled or rescheduled global sporting events since the start of the pandemic.

Tickets for the Olympics are to be sold to spectators from mainland China only and unvaccinated athletes must spend 21 days in quarantine ahead of the Games.

Formula One chief executive Stefano Domenicali has already said the 2022 season will run from mid-March to mid-November, with the sport eager to avoid a clash with the World Cup in Qatar in late November and December.

Teams approved the draft calendar at a Formula One Commission meeting in London on Wednesday and it will now be submitted to Friday's meeting of the World Motor Sport Council.

The FIA said the Commission was also presented with positive feedback from stakeholders on two Sprint events held at Silverstone and Monza. A third sprint will be held at the Brazilian Grand Prix.

The sources said the number of sprint races was likely to double in 2022.

An update to the sporting regulations was also discussed at the meeting following this year's wet and farcical Belgian Grand Prix.

The rain-delayed race at Spa-Francorchamps ended after a couple of laps behind the safety car and without any overtaking allowed. Half-points were awarded with podium ceremonies carried out.

"The Commission... asked that the Sporting Advisory Committee considers this topic at its next meeting to propose options for updated procedures and regulations," the FIA said in a statement.