China cancels all international sports events for the year 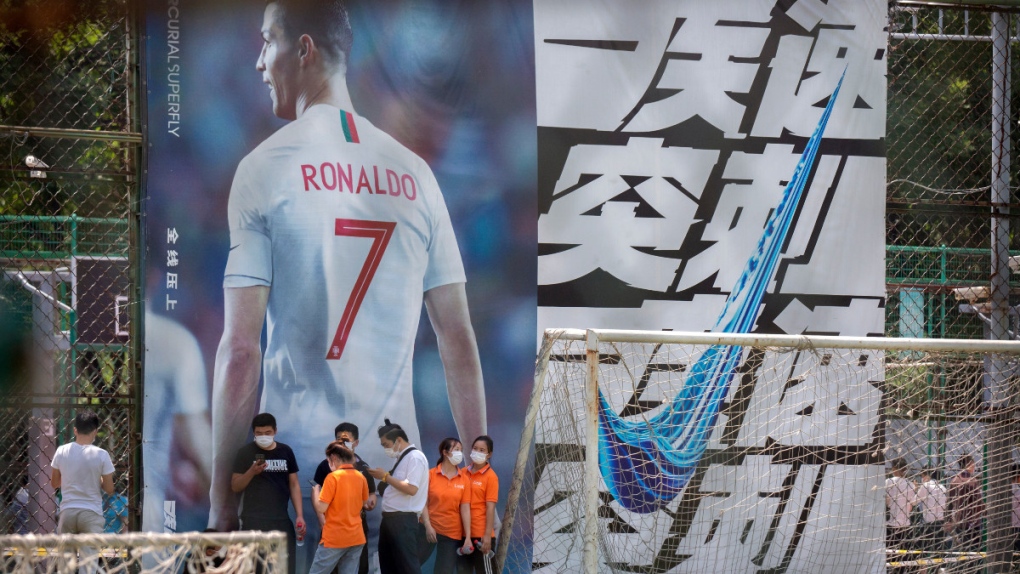 People wearing face masks to protect against the new coronavirus gather at a virus testing center at a sports facility in Beijing, on June 16, 2020. (Mark Schiefelbein / AP)

BEIJING -- China says it will not stage any international sports for the rest of the year, apart from trials for the 2022 Winter Olympic Games in Beijing and the neighbouring city of Zhangjiakou.

The order from the General Administration of Sports affects at least six WTA tennis events, including the WTA Finals in Shenzhen in November. China also has four ATP tournaments lined up.

Xiamen was to host the Asian sport climbing championships in October, and Guangzhou the badminton World Tour Finals in December.

The decision puts paid to any chance of reviving Formula One's Shanghai Grand Prix postponed in April, and affects two cycling stage races in October, the men's Tour of Guangxi, and the women's Tour of Chongming Island.

China has largely contained local transmission of the coronavirus but remains on guard for imported cases.

The General Administration of Sports cited "science and order" in issuing its plan to proceed on Thursday.