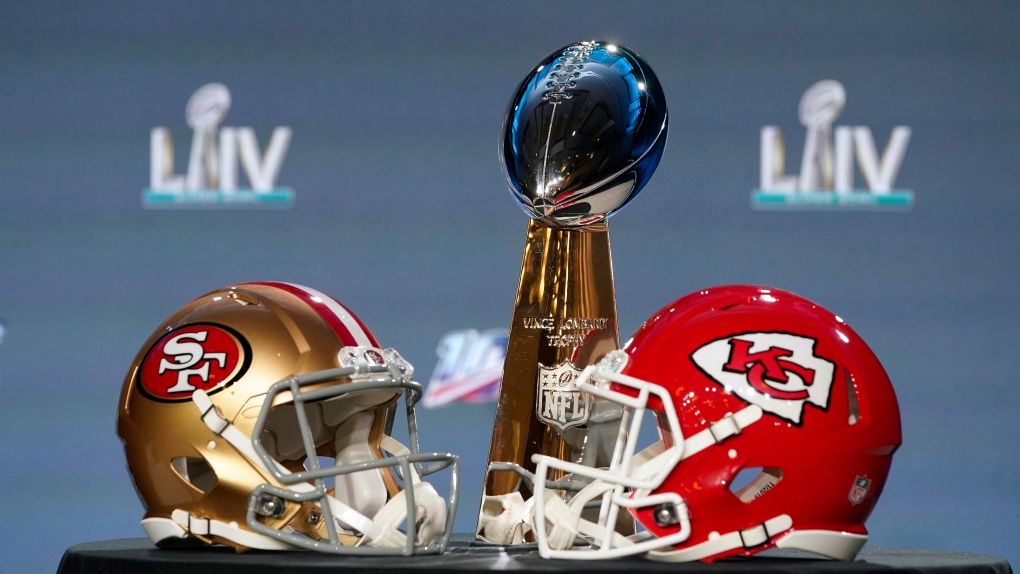 Prof. Janice Forsyth is glad that this year's Super Bowl is calling attention to the controversial names and traditions of some NFL teams. She also hopes it's just the start of a broader conversation about the power of sports.

In the two weeks since the Kansas City Chiefs and San Francisco 49ers advanced to this Sunday's Super Bowl, the phrase "Appropriation Bowl" has been popularized by some Indigenous advocates because the nicknames of both teams have links to the oppression of First Nations peoples.

"I don't think that change is going to happen now, somehow magically on its own," said Forsyth, the director of the Indigenous Studies program at Western University in London, Ont. "People need to understand how discrimination and marginalisation and ongoing forms of colonial violence work in order to understand it. That's just the tip of the iceberg.

"So while (the Appropriation Bowl movement) is an opportunity for us to celebrate, for me, it's just a flashpoint for digging in deeper to try and figure out what is actually happening in the space of sport."

Critics have singled out the headdresses, warpaint, and "arrowhead chop" chants of Kansas City fans as offensive. The 49ers nickname is also problematic for them, since it's in tribute to the 1849 California gold rush that saw thousands of Native Americans killed and many more robbed of their land by prospectors.

A series of tweets by Vincent Schilling, an associate editor at Indian Country Today, on the history of the Chiefs nickname was a focal point of the online debate. He had been researching the origins of the Scouting society called the "Mic-O-Say Tribe" when he discovered a connection to the NFL team.

Former Kansas City Mayor H. Roe Bartle was a large man known as "The Chief" for his many years of leadership in the Boy Scouts -- including founding the Mic-O-Say branch of the organization. When he convinced team owner Lamar Hunt to move the Dallas Texans to Missouri, Hunt reportedly renamed the team the Chiefs to honour Bartle, who would wear a headdress in his role with the Mic-O-Say despite being white.

Schilling tweeted about the connection between the Mic-O-Say, Bartle, Hunt, and the Chiefs on Jan. 20, expecting it to be seen by a small circle online. Instead, the thread went viral.

"I certainly didn't expect the response that I got, to that level," Schilling said. "I was glad to see it, but I didn't know it's going to go that big. So people are calling me an opportunist, saying, 'Oh, you just did this because they're there in the Super Bowl.' And I'm like, 'Well, no folks, I've been writing about this type of thing for many years."

The Chiefs, in a statement, stressed the team's commitment to "use our platform to create an awareness and understanding of Native cultures, as well as celebrate the rich traditions of multiple tribes with historic connection to our region."

Actress Kaniehtiio Horn, best known for her role as Tanis on the popular TV comedy Letterkenny, has been critical of Chiefs fans and their traditions that mimic Indigenous culture.

"I think it's really simple. If somebody keeps telling you that what you're doing is hurtful and they don't like it, then I think the obvious thing to do is stop doing that thing," Horn said. "Otherwise, you're considered a bully. I don't think it's that complicated to try to figure out."

Horn, who is from the Kahnawake Mohawk Territory just outside of Montreal, sees McGill University dropping the Redmen nickname for its male sports teams as a sign of progress.

Schilling, an Akwesasne Mohawk whose family left the territory straddling the Quebec, Ontario, and New York borders after his great grandmother rescued his grandmother from a boarding school, considers himself a sports fan without a team, at least for now. He grew up a 49ers fan before recognizing the symbolism of the name.

"I've been asked, Well, what team do you support? And I say I would support whatever team changes the name."

Both Horn and Schilling feel that the simple step of banning headdresses and warpaint from NFL stadiums would be helpful, but Forsyth wants things taken further.

"I would hope that these symbolic changes don't stop at the level of symbolism because it has to be attached to structural change," said Forsyth, a member of the Fisher River Cree Nation in Manitoba. "Simply the fact that we don't use the word anymore doesn't change the fact that there isn't systemic racism and other forms of racism that are limiting the way people understand each other and the way they engage in sport."

According to Forsyth, sports remain a tool of assimilation not just of Indigenous people, but immigrants as well. She said sport could be an opportunity for people to exchange customs and values but instead it's usually a one-way street.

"When newcomers come to Canada sport is often used as a tool to help them integrate into Canadian culture," Forsyth said. "But there isn't a lot of learning from the mainstream side about how people who are being assimilated into this culture, what they think about that assimilation.

"Sport organizations and the federal government can use those same activities to help either Indigenous people or new immigrants keep their cultural traditions alive."

This report by The Canadian Press was first published Jan. 31, 2020.