Check, mates: NHL top lines are expected to do it all 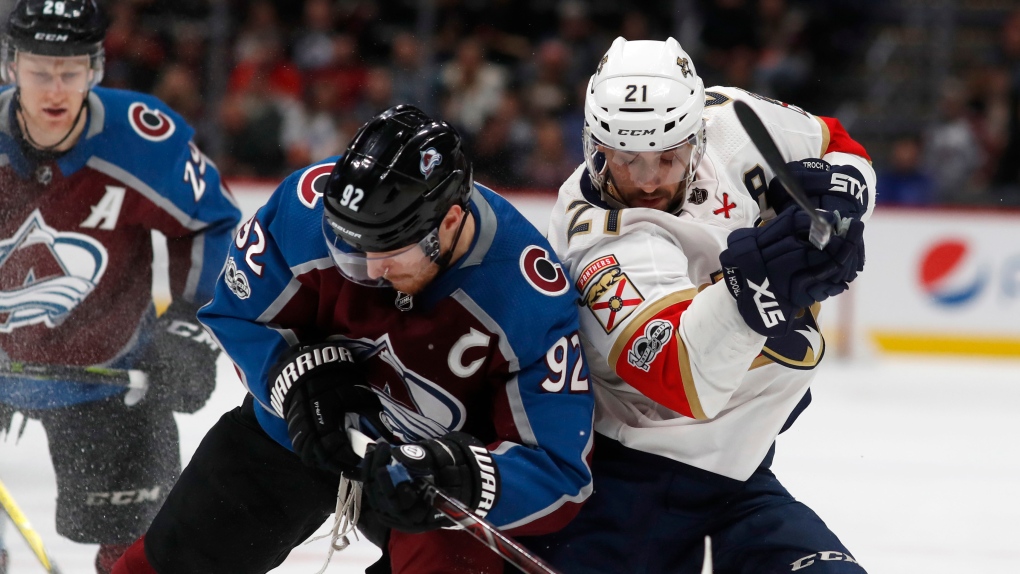 Tyler Seguin doesn't consider it a challenge. He sees it as an opportunity.

Every time Dallas Stars coach Ken Hitchcock sends Seguin and his linemates over the boards against an opponent's top line, he knows he has a job to do.

"Out-check the other line and let the skill kind of take over," Seguin said. "It's fun."

Fun? Sure. It's also increasingly common in the NHL as coaches seek to put their top lines on the ice against the other team's best forwards to create matchup problems that often lead to goals.

Goodbye to the likes of Bob Gainey and hello to Boston's Patrice Bergeron, Pittsburgh's Sidney Crosby and Washington's Nicklas Backstrom. All can help keep the puck out of the net almost as well as they can put it in.

"We're seeing less of the old Don Luce, Craig Ramsey, Brent Peterson lines," said Capitals coach Barry Trotz, referring to defensive-minded forwards of yesteryear. "We have guys like Bergeron; Sid goes up against top guys. So I think you're seeing more of the power against power than we have in the past."

Power against power is the name of the game in hockey today as players such as Bergeron, Crosby, Backstrom and Chicago Blackhawks captain Jonathan Toews embody the kind of top-line stars who can double as shutdown centres. Crosby was so good in that dual role at the 2014 Sochi Olympics that Canada won a gold medal -- and he was so dominant offensively the past two seasons that the Penguins won consecutive Stanley Cup championships.

Crosby is well aware of the modern duties of a top-flight centre.

"You have more responsibility defensively," he said. "You're covering a lot of space, so it's just something you've got to be aware of."

Before the season, reigning MVP Connor McDavid of Edmonton cited defence and faceoffs as areas he wanted to improve. He already has the dynamic offensive capabilities and sees that as the next step in his evolution.

"It's more rounding out your game," McDavid said. "Being a defensive guy, being able to be put out there in the last two minutes to defend a lead, just to be able to be trusted by your coach out there."

Coaches have to be able to trust their top players in all situations, particularly since the days of strict shutdown lines are dwindling.

"The systems are about defence, and everyone needs to play it," Backstrom said. "That's what the mindset is -- to be good defensively and offensively."

The best defence is good puck possession because often the most productive players aren't as sound in their own end. Columbus Blue Jackets coach John Tortorella considers it essential to make elite offensive players spend time in their defensive zone, figuring they're more apt to try to do too much in the neutral zone and turn the puck over.

Good two-way players also have that mindset when they're matched up against top skill guys.

That's the danger of going skill on skill. Few see Calgary Flames stars Johnny Gaudreau and Sean Monahan as defensive stalwarts, but coach Glen Gulutzan continues to put them on the ice against other top lines.

Gaudreau said "sometimes the best offence comes from playing against other top lines." And the strategy has multiple benefits.

"It makes sure that your top guys, they're aware that they're out there against the other sharks, so to speak, in the league," Gulutzan said. "Now they're a little more conscious defensively. And what you hope is that, through a course of a season, you're making your guys more defensively aware and come playoff time those things will come in handy."

Seguin said he thinks the playoffs lead to concerted defensive efforts to shut down certain players, though that largely comes from coaches leaning on their top defencemen. Hitchcock and other coaches said putting their best defencemen against opponents' top forwards is the most important matchup no matter the situation.

Of course, it helps to have forwards who thrive on tough matchups and understand balancing priorities.

"A lot of times you're getting matched up with better players, so I think playing offence the whole game isn't realistic," Toronto Maple Leafs centre Nazem Kadri said. "Most of the time it's just being in the right places and knowing where you are on the ice as opposed to chasing everybody around and that whole 'shadow' thing. You've just got to be in right areas and right zones."

Playing responsible defence is one piece of the transition to offence, whether it's winning board battles or faceoffs or taking the puck away. But top players are counted on and paid to score, so keeping others off the board simply isn't good enough.

"If it's 0-0, we're still kind of mad as a line," Backstrom said. "We want to win that match. It would be nice if we could score against them."