CFL says 95 per cent of players will be fully vaccinated against COVID-19 by Dec. 1 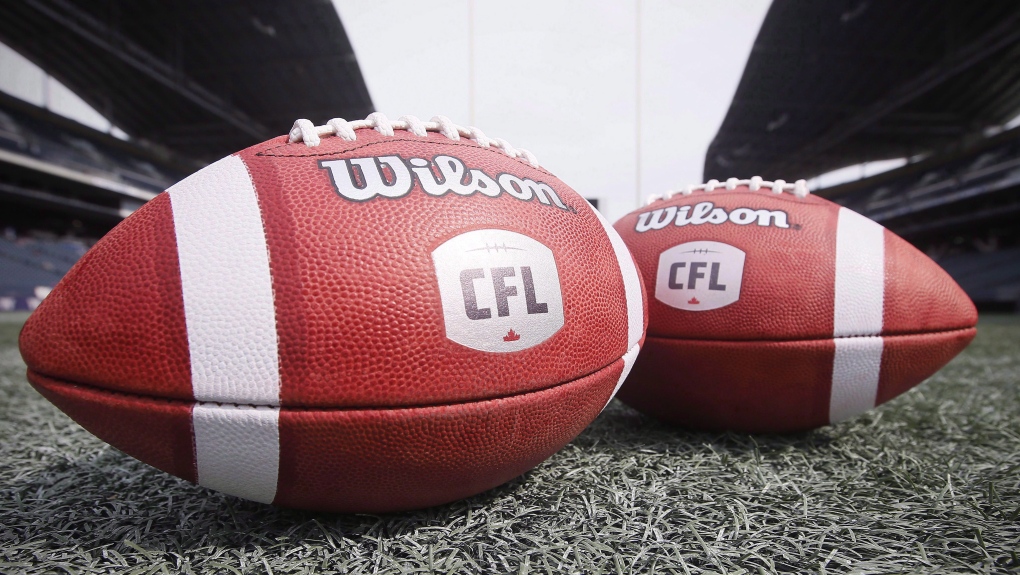 New CFL balls are photographed at the Winnipeg Blue Bombers stadium in Winnipeg Thursday, May 24, 2018. THE CANADIAN PRESS/John Woods
TORONTO -

The CFL expects 95 per cent of its players will be fully vaccinated against COVID-19 by Dec. 1.

The league said in a statement issued Wednesday that figure will include players having received their second dose for at least 14 days.

The CFL also divulged that of the 42,200 tests conducted with tier 1 personnel (players, coaches and football operations staff), only 34 came back positive. That resulted in those individuals being removed from team activities until return-to-play protocols were met.

Another six positive tests occurred prior to training camp with the CFL stating that prevented those individuals from coming into Canada. The league added 9,500 tests were administered over the final five weeks of the regular season and all were negative.

The CFL's regular season concluded Sunday. Earlier this year, the league had an outbreak that resulted in one game being postponed, then rescheduled before being successfully completed.

"But while these numbers are a testament to diligence and hard work, they are only regular-season results, and everyone in our league strives for success in the post-season," CFL commissioner Randy Ambrosie said in the statement. "I want to remind everyone to remain vigilant and disciplined as teams march into the playoffs and the Grey Cup."

The division semifinal games will be played Sunday. The Grey Cup is slated for Dec. 12 in Hamilton.

This report by The Canadian Press was first published Nov. 25, 2021.