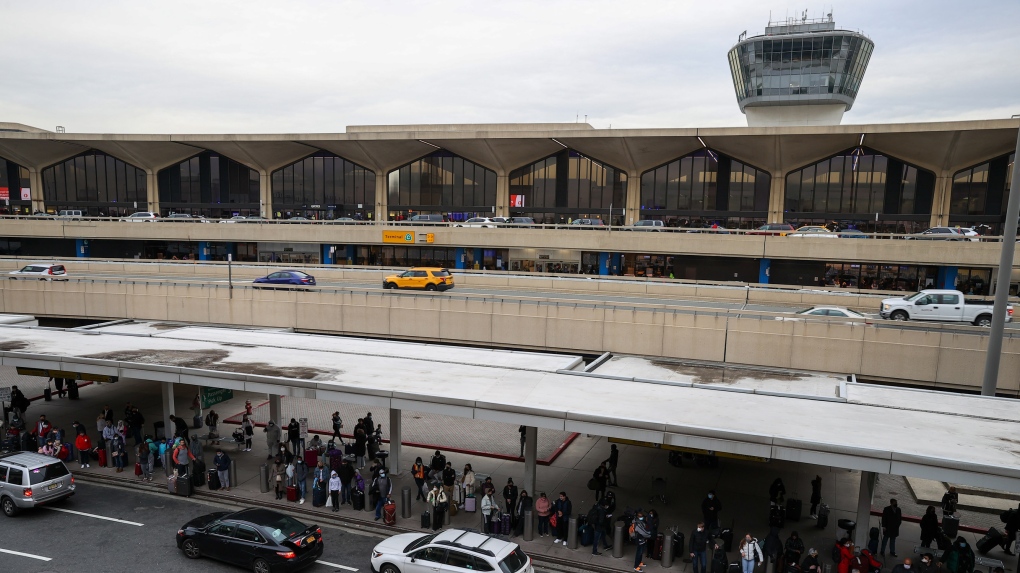 "The Calgary Stampeders football club is aware of the reports concerning Brendan Langley," the Stampeders said in the statement. "The team is currently looking into the matter in order to learn the full details and will have no further comment until the investigation is complete."

CNN has reached out to Langley and the CFL with no response.

Earlier Monday, CNN spoke with both the Port Authority in Newark and United Airlines about a confrontation caught on video between a United Airlines employee and another man.

The video reviewed by CNN starts after the confrontation has begun and it is not apparent what instigated the fight. It shows the two exchanging blows.

According to a Port Authority spokesperson for the Newark airport, Langley was involved in a fight with the employee on May 19 at approximately 11:03 a.m.

"United Airlines does not tolerate violence of any kind at our airports or on board our planes and we are working with local authorities in their investigation of this matter," the airline said in a statement to CNN. "United Ground Express informed us that the employee has been terminated."

CFL player Brendan Langley was signed as a free agent in February for the Stampeders. According to the team's site, he is a former NFL player drafted in 2017 by the Denver Broncos.