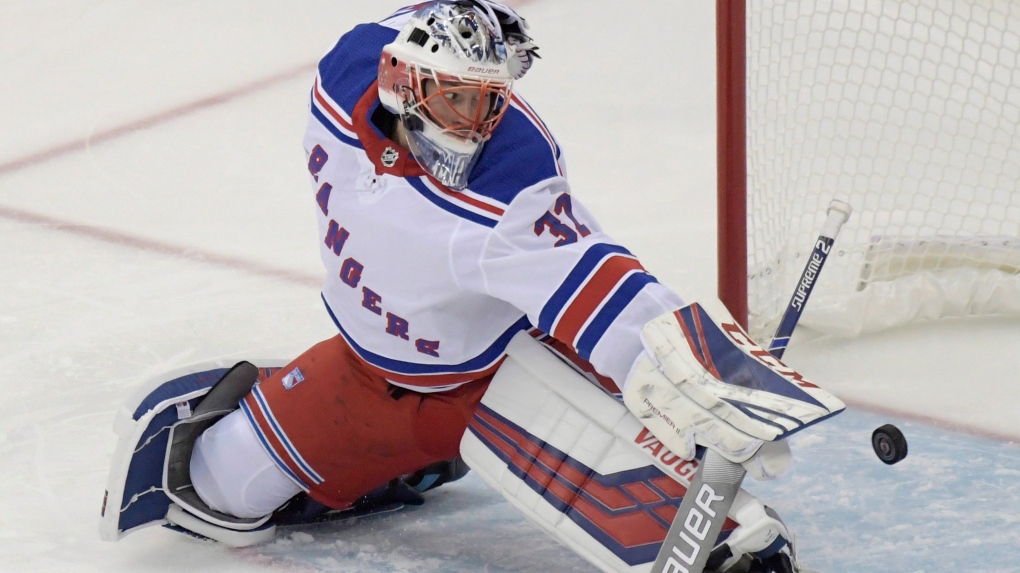 VANCOUVER -- The Vancouver Canucks have addressed their goaltending shortage in a trade with the New York Rangers.

The Canucks dealt a seventh-round pick in the 2020 draft to the Rangers on Tuesday in exchange for netminder Marek Mazanec.

The 27-year-old native of Pisek, Czech Republic, has played 31 NHL games since he was drafted in the sixth round by the Nashville Predators in 2012.

He has appeared in 20 games for the American Hockey League's Hartford Wolf Pack this season, posting a 7-8-3 record with a 3.01 goals-against average and a .903 save percentage.

There's been a serious goaltending crunch in Vancouver since the Canucks traded their former No. 2, Anders Nilsson, to the Ottawa Senators in early January to make room for up-and-comer Thatcher Demko, who was playing with the Utica Comets in the AHL.

Vancouver got goaltender Mike McKenna in the deal and tried to send him down to Utica on waivers, but he was picked up by the Philadelphia Flyers.

Of the three goalies currently on the Comets roster, only Richard Bachman is signed to a contract that would allow him to play in the NHL. But the 31-year-old suffered a season-ending injury to his Achilles tendon in December.

When Demko suffered a knee sprain during a pre-game skate last week, the Canucks were forced to call up prospect Mike DiPietro from the Ontario Hockey League's Ottawa 67's on an emergency basis.

DiPietro got the start against the San Jose Sharks on Monday after Vancouver's No. 1, Jacob Markstrom, was sidelined with "lower body stiffness."

Markstrom is currently listed as day-to-day and is expected to be available when Vancouver visits the Anaheim Ducks on Wednesday.